He came. He saw. Will he conquer?

Time passes quickly in the world of F1. Just three years ago we were speculating as to the future of the latest newcomer to the grid. American newcomers Haas F1 were preparing for their first test session at Barcelona.

Some would say they were remarkably low key for a team from the land where the expression ‘giving it large’ could have been invented. But that has never been the way founder Gene Haas has gone about the business of racing. Or building his business. Perhaps that’s what you expect from a man who is first and foremost an engineer.

2015 had not been an easy year for F1 wannabes. It saw the demise of two teams, Caterham and Marrussia and it was on the ashes of the latter that Gene Haas cannily built his team. With the need to build an infrastructure largely solved, they could concentrate on building their car which was a hybrid. Half Haas, half Ferrari. That too turned out to be another canny call by the American. 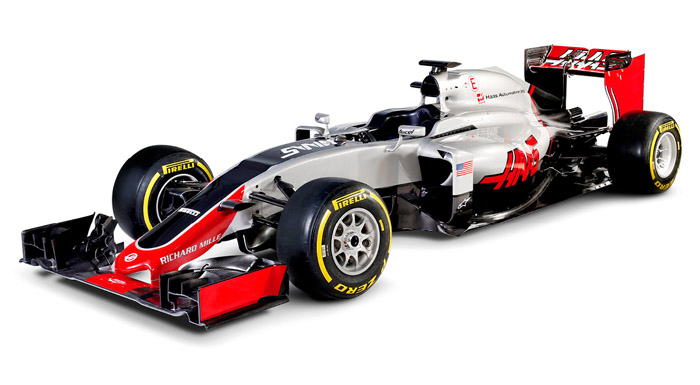 So the adventure began. Momentum was gathered and all important points too. 29 to be precise which at the end of the season gained them eighth position in the constructors’ championship. A respectable result by any standards for a fledgling team.

While 2017 saw no improvement in their constructors’ placing, their points tally increased to 47. More momentum and experience gained. The Americans were coming…

To go from zero to fifth place in the constructors championship is almost unheard of in the world of modern Formula One. But in 2018 Haas have achieved exactly that. Fittingly it was Romain Grosjean, who has been with the team from day one, who delivered their best result, a fourth place in Austria. But now this  is where it gets difficult. Really difficult. 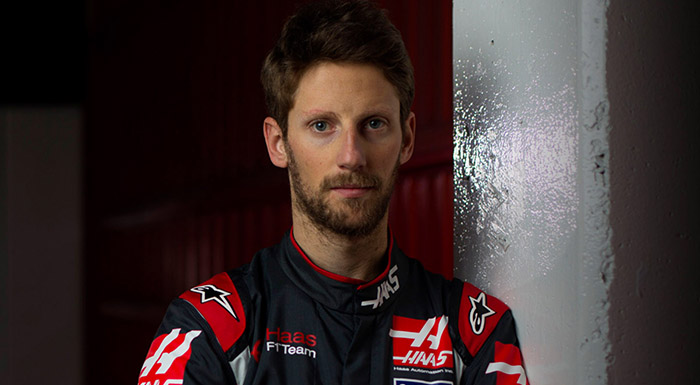 The mid field in F1 is a true test of mettle. Just staying in this group takes consistency and resilience. The competition is intense because racing is so much closer. There’s more rough and tumble because there’s more overtaking, more jostling for position. And therefore more risk.

Added to this is the company you’re keeping. Renault, McLaren, Williams are just some of the names you’re rubbing shoulders with. All of whom have serious F1 pedigrees and aspirations to recapturing past glories.

But if you’re Haas you’ve got aspirations too and that’s where the problem lies. To step up to the top table requires not simply talent, both in the factory as well as behind the wheel, but more importantly it takes money. Tens of millions of it. Even hundreds.

Remarkably Haas to date has fought its way up the grid with little outside financial assistance. But  to make that next step takes a bigger budget. And that, it would appear, is exactly what Haas have secured going into the 2019 season. A new partner in the shape of Rich Energy. And a new livery that may be a portent of things to come. 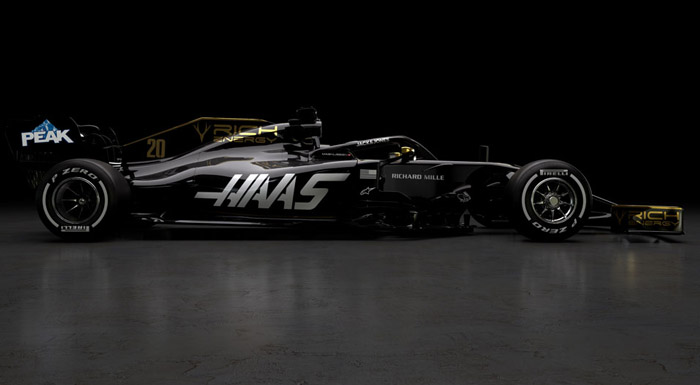 Of all the colours of Formula One, apart from the scarlet of Ferrari, to our mind one colour scheme stands out above all others. A scheme worn by some of the greatest cars to grace the grid. Black and gold. Can the Haas team emulate its forbears from Hethel? Time will tell.

The team say that the prospect of them fighting for a podium this year are slim indeed. Maybe so. But they are definitely knocking on the door and with a little luck it could well come their way. So maybe fourth is their most ambitious, but realistic target for 2019.

We’ll wait and see. A fourth would certainly ruffle a few feathers, not the least of which would be at Renault. But maybe the quiet spoken American will spring a surprise. Gene Haas has a record of success in everything he does. So it seems unlikely that he’ll settle for second best this time round…