The hunt is on

The British Supersport Championship has never been an easy series to compete in. Close fought with no quarter given. But Team Appleyard Macadam Racing are well versed in what it takes to be a winning team with three titles to their credit. Of course having defending champion Jack Kennedy as part of their line up for another season would do their prospects for 2019 no harm at all.

Silverstone marked the first round of the championship and after testing the riders were obviously looking forward to the first race weekend of the season. Jack Kennedy was certainly sounding positive… 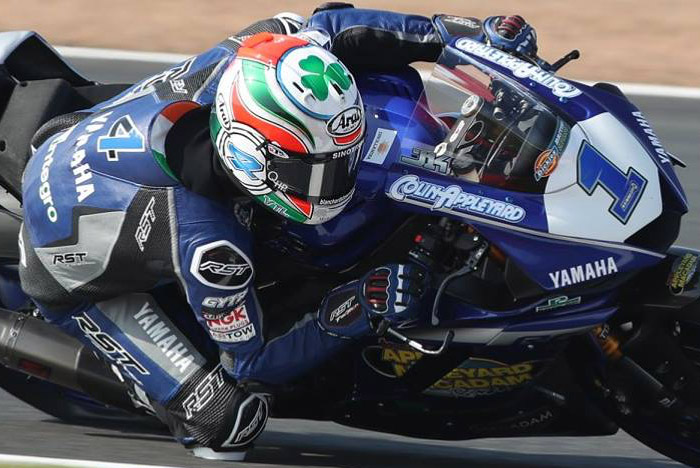 “I’m feeling confident for Silverstone especially after our test there. I felt the only thing that let us down last year at this circuit was rear tyre life, which we have a new compound for this time around. We gained some positive info using this new tyre at the test which we can maintain a strong pace on over race distance. I’ve got to be honest, I’m expecting to win both races and the forecast looks great so it will be nice to have some warm temperatures to ride in.”

And young Brad Jones seemed of a similar mind:-

“I’m really excited to get the season going, I’ve got a top bike and great team around me. We’ve had a productive pre-season so I’m feeling good on the bike. Round one is always interesting as that’s when you see where everyone is at. Silverstone is a brilliant place to gets things underway for the season opener and one I’ve been looking forward to for months!”

Coming to Silverstone the team suffered a temporary setback when Jack slipped off in practice. But showing the mettle of a true champion, come qualifying he got right back in the groove taking pole position with his team mate Brad in hot pursuit just 0.149 of a second behind in second place. Maybe Jack’s prediction wasn’t so wide after all! 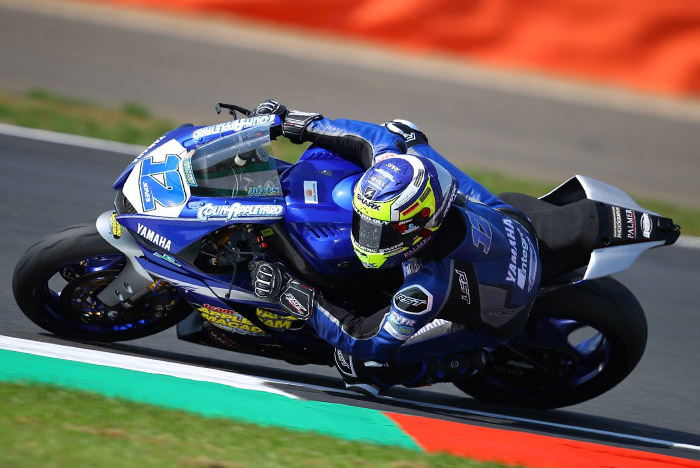 And indeed so it came to pass. With a fast start Jack and Brad broke away taking fellow Suzuki rider Alastair Seeley with them. The battle for the lead continued over the 18 laps of the sprint race, but a bold move by Kennedy on the last lap wrestled the win from Seeley’s grasp with Jones following in close contention in third place.

Race two followed a similar format with Kennedy seemingly content to observe the battle going on around him for the top step of the podium. But yet again timing his strike to perfection, he passed the leader on the last corner. Job done! 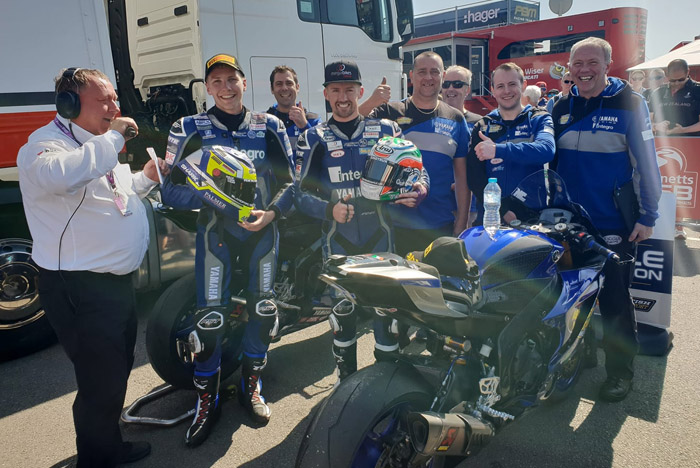 “I knew it was going to come down to the last lap and who could do the craziest move – which today was luckily me. I slipstreamed Alastair on the back straight and knew I would have to be the last on the brakes. I’m really happy with the whole team, it’s been a great weekend.”

Team mate Jones celebrated with another third place, making a double podium finish on both races and a cracking start to the season. Roll on Oulton Park, their home circuit, which they’ll be racing at come Bank Holiday Weekend. With their dominating form who wouldn’t bet that those clever dickies at Team Appleyard Macadam Racing might well have another title by the end of the season. We certainly fancy a tenner. Odds anyone?