The month of May in the UK can evoke different reactions in different people. And we’re not talking about phases of the moon. No here in good old blighty the month of May is bookended by two events that often culminate for many in what is almost the equivalent of an out of body experience. The Bank Holiday traffic jam. A nose to tail extravaganza that may be encountered on almost any motorway you care to mention. But hey, chill out because while the roads may be fit to burst at least they are fit for purpose, albeit oversubscribed. Elsewhere in the world it’s a different story…

When it comes to white knuckle roads, China may well be in pole position with its infamous ‘tunnel’ roads. What these road lack in length they more than compensate for in their fear factor. The Guoliang Tunnel is an infamous example. 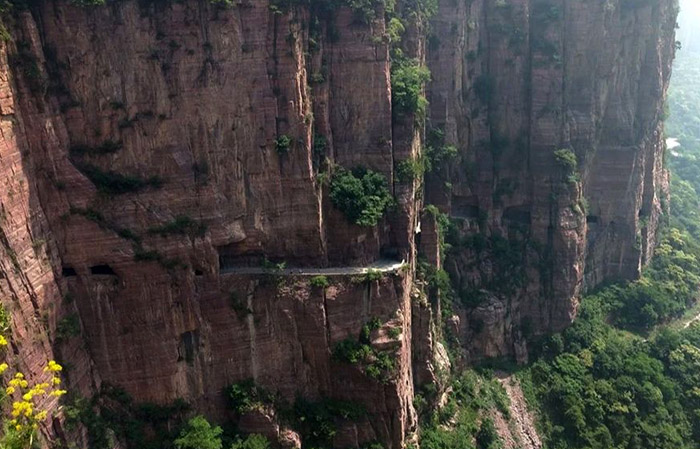 Less than a mile long, the road was hewn out of solid rock which had formed precipitous cliffs hundreds of feet high.  The tunnel road took five years to carve out of the mountain by a gang of 13 workers, many of whom died in the process. Look in the photo and  you’ll see a series of window openings in the side of the cliff which mark the route of the road tunnel. These serve two purposes. One to throw light inside but first and foremost for the workers to get rid of the rubble as they tunnelled along the cliff face. Needless to say such niceties as protective barriers are there none, so it’s just thin air between you and well nothing for several hundred feet. 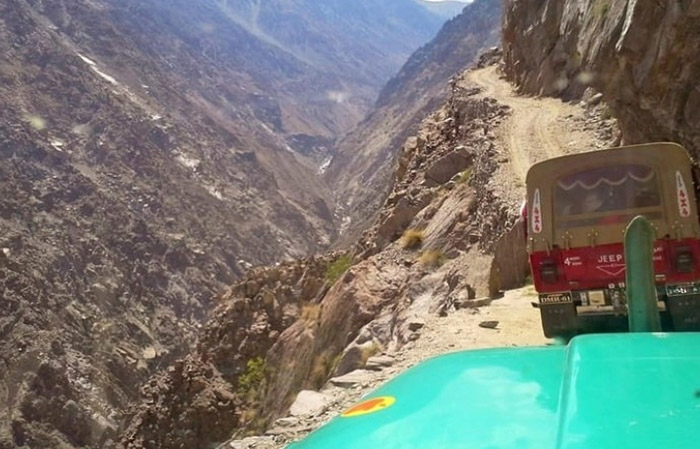 After traffic congestion the next big issue that raises the blood pressure of motorist and cyclist alike is the condition of the roads themselves. Rather surprisingly it was probably the Beatles who were the first to highlight the perilous state of our roads with their famous lyric highlighting the “four thousand holes in Blackburn, Lancashire”. But turn your eye to the Fairy Meadows Road in the mountains of Pakistan where pot holes are not so much of an issue because the road doesn’t have a surface to speak of. Rather it’s more a track that describes a tortuous path at one end of Karkoram Highway. Little wider than a standard 4×4, it has claimed many lives which no doubt led to earning the title “second most dangerous road in the world” in 2013.

Across the border in India there lies what may be a sister road to Fairy Meadow, Zoji La. Equally as perilous as its cousin, it has to be said that the road surface is generally in somewhat better condition, though that is probably more down to the amount of traffic that plies the road than official road maintenance. Let’s face it, it seems unlikely that you’re going to encounter an endless row of traffic cones 11,000ft above sea level.

On the subject of high passes, head to Bolivia and there you’ll find the big daddy of all mountain passes. At 5,768m high Uturuncu tops any mountain in the Alps including Mont Blanc. Unlike the aforementioned though, Uturuncu is decidedly benign in nature and provides the intrepid driver with a rough but less vertigo-inducing ride than those mentioned previously, proving the old adage that size isn’t always everything. 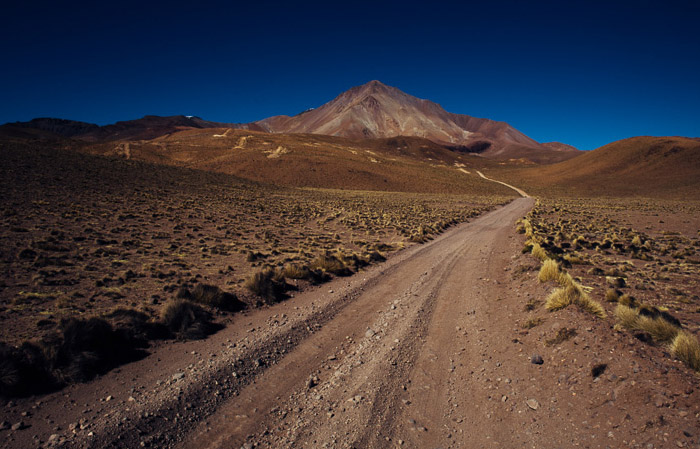 Head down there figuratively though and things take a decidedly nasty turn. El Camino de la Muerte (The Death Road) begins at 15,400 feet and runs for around 80 kilometres from the capital of Bolivia La Paz to the city of  Coroico. Every 2 to 3 kilometres the single track road slightly widens to provide a passing place for steely nerved drivers. Interestingly, regular users of the road prefer to travel it by night, not to save them the view of the precipitous drops but rather so they can see the light of oncoming vehicles and pull in to let them pass. Let’s face it, the thought of having to reverse two kilometres along any mountain pass wouldn’t be a task undertaken lightly, but on El Camino de la Muerte which claims around 300 lives each year, it’s definitely to be avoided. 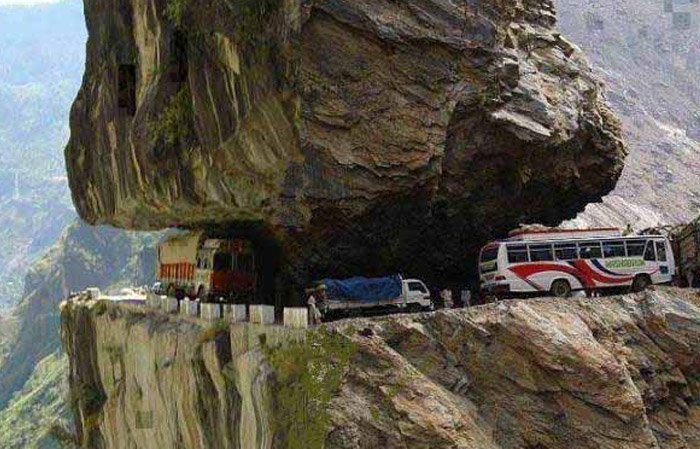 Coming closer to home, while European roads tend to be paved and provided with comprehensive barriers, there are a few that will still command the attention of the keen driver and their witless passenger: the Col de Turini in Alpes Maritime of Southern France is one such. Open to public all year round (weather permitting) except when either the Tour de France or the Monte Carlo rally is in town, the road snakes its way through countless bends and hairpins until it crests at just over 5,000ft. Definitely one for the bucket list

Staying in Europe and on a more modest scale is another challenge located about 50km north of Venice. The Passo San Boldo is a quite amazing feat of engineering undertaken in 1918. Built in 100 days it scales the mountainside in a series of 18 hairpin bends, six of which are concealed inside tunnels. The photo below shows the most intense section in which the driver encounters seven hairpins in only 700 yards!! The even better news about this mad piece of tarmac is that it’s one way. So no nasty surprises await when rounding one of those hairpins while giving it the beans. 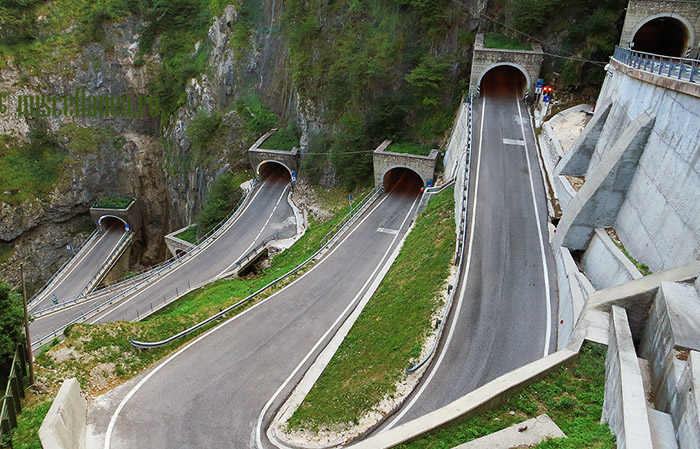 Talking of beans, maybe a good road to leave on is the Tianmen Shan Big Gate Road back in China where we started. 11 odd kilometres long it climbs only around 1000 metres but the way it handles that elevation change is something to behold, even more so when Red Bull threw down the challenge to drift aces to do it all sideways…enjoy!

P.S. If you’ve your own stretch of road that you’ve been keeping to yourself, well maybe now’s the time to give it up and share it with your fellow Torqueistadors?