We’ve been here before and we’ll no doubt revisit again because we have a strange fascination with the roads of North and Southern Ireland. Or rather with the 300 odd men and women who use them to race, legally we hasten to add, at mind bendingly fast speeds, with scant regard to safety or any such encumbrances.

Why only Ireland? Well that’s a good question and one that’s not easily answered. It seems first and foremost that road racing is somehow part of the DNA. An inexplicably intertwined relationship between man, woman, machine and the open roads which crisscross the counties. It seems it’s a breeding ground for a unique type of racer. Adrenaline fuelled. Fearless and focussed.

Yes we know that the Isle of Man TT is the big daddy of racing on the open road, but what you have to remember is that the Isle of Man isn’t actually a race but a time trial. So competitors aren’t directly racing each other on the road, but racing the clock in their heads. It’s a big difference. In ‘real’ road racing you’re fighting for that same piece of tarmac as up to 30 other riders. At anything up to 200mph. Maybe more.

And here’s the thing. On a lot of the lesser known races, they’re racing on what is sometimes little more than single track roads. Unforgiving single track roads. Yes they try to protect the riders by placing crash pads over some of the hard bits, like walls and telephone boxes. But generally these ‘race tracks’ are lined with little more than wire fences and hedges. Interspersed with trees, farm outbuildings. It’s an unforgiving environment that punishes the unwary or unlucky mercilessly.

It’s possibly the ever present danger that draws competitors and spectators into a close relationship. A family bonded together by speed and danger. A family which sacrifices its own on the altar of road racing because that’s the way it is. The risk you accept and put behind you every time you pull your visor down and go racing.

“Racing is life, anything that happens before or after is just waiting” is a phrase that could well have been written with road racers in mind. 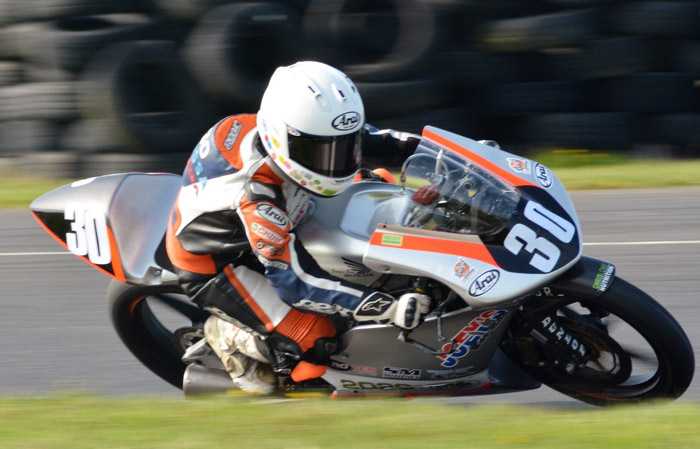 But perhaps not when you meet one Melissa Kennedy. Melissa is what the locals might call ‘one wee slip of girl’ who from the age of 14 has been competing on two wheels. Her diminutive stature however belies not only nerves of steel but an equally steely determination to succeed in what many would regard as a ‘mans world’. But succeed she has, being the first ever female to win an Irish National Race and since has claimed many other victories and multiple podiums topped earlier this year with her winning the Best Female Rider of the Year award in the prestigious Duke Road Racing Rankings. Now 28, Melissa appears no less determined to prove her point despite the loss of her close friend Malachi Mitchell Thompson two years ago at the Northwest 200, a loss that still grieves her yet she puts behind her when heading to the grid. Because once racing the focus has to be 100% on the ribbon of tarmac speeding beneath your wheels and those of your fellow competitors who might be just an elbow’s width away. 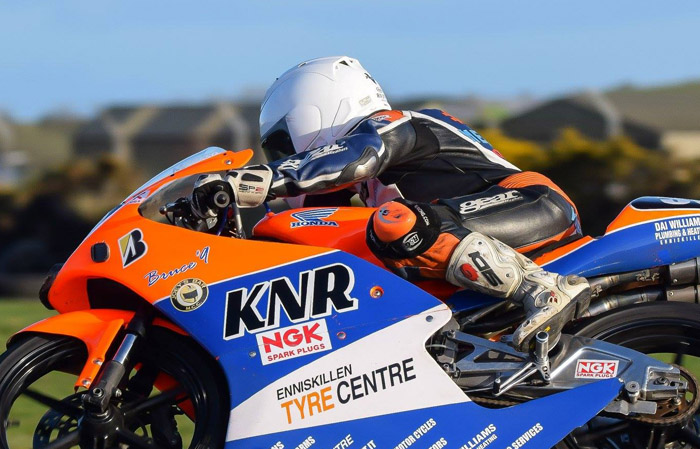 It almost goes without saying that world of the road racer is not a glamorous one, but the camaraderie amongst competitors more than makes up for that, because as we said earlier road racing is all about family. A close knit family who share their triumphs and tragedies in equal measure. And whose riders come in all shapes and sizes. 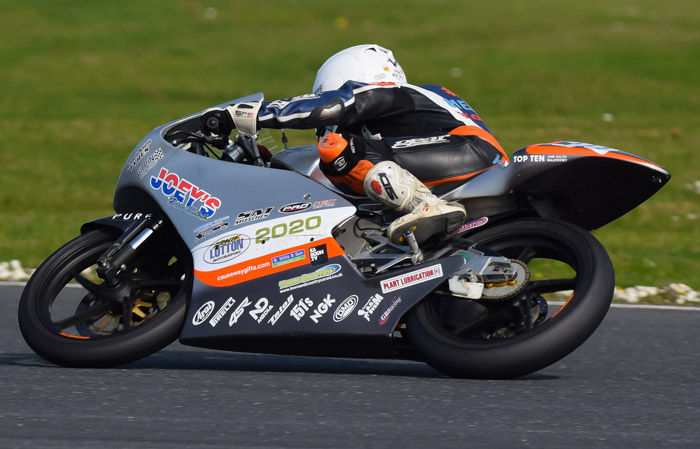 In a week’s time Melissa will be off to compete in the Tandragge 100, a race billed as Ireland’s premier road race where she will be competing on her NSF 250 Honda (Moto3), flying the flag for our other NGK female road racers Maria Costello and Yvonne Montgomery. Catch her if you can…