Five years ago BMW stole a march on the world’s supercar manufacturers when they launched their new eye popping i8. Styled unlike any other car on the market then, and still unique today, its unique powertrain laid down the gauntlet to the likes of Porsche, Ferrari, Aston Martin and Lamborghini. A gauntlet that is still to be picked up.

The plug-in hybrid i8 combines the high-torque acceleration of the electric motor on the front axle, with the power of a reworked version of the 1.5-litre turbocharged petrol three cylinder (sparked by NGK of course) and normally found driving the front wheels of a Mini Cooper, but here in the i8, driving the rear wheels. It’s a combination that powers the svelte i8 to 60mph in just 4.4 seconds from rest. 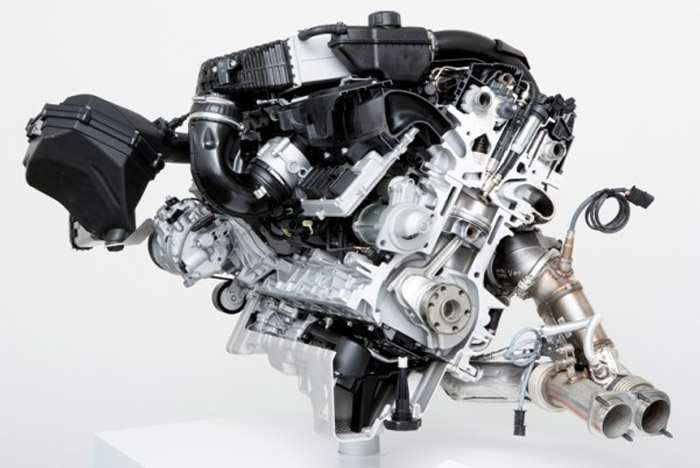 OK in today’s hyper car league where sub three seconds are becoming the order of the day, that may sound a touch tardy, but then again you have to ask does anybody need race car levels of performance anywhere except on a race track? And the i8 does it all with a very discreet whoosh rather than a look at me roar.

What’s more you have to admire the raw performance that BMW have managed to extract from the powertrain that harnesses a ‘mere’ 348 horses against the more prodigious outputs of its competitors – which, of course, puts it in a class of its own when it comes to fuel consumption. 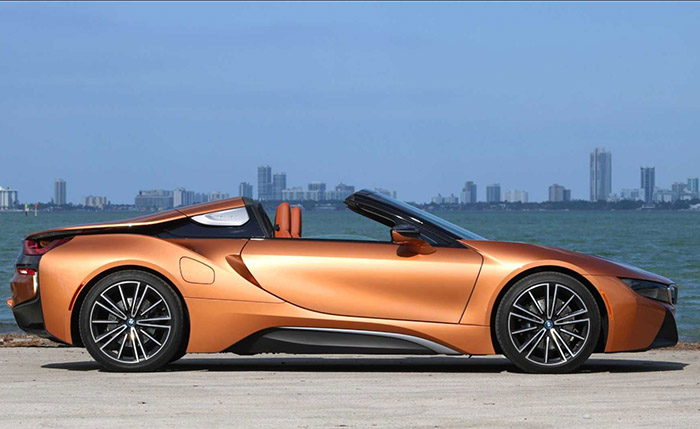 Yes we know it’s unlikely that those who can afford £100k plus on a sportscar are going to be that fussed about mpg (incidentally it’s around 134.5mpg combined!!). However before you scoff, don’t forget zero road tax. Plus a plug in hybrid subsidy from Her Majesty’s government. Then there’s zero congestion charge for those commuting or living in central London. Finally factor in the effect that 49g/km CO2 emissions will have on the taxman’s benefits in kind for a company car driver and the comparative cost for running an equivalent petrol engined supercar.

You might not believe it but that little lot could add up to almost a grand a month! And apart maybe from the likes of a premier division footballer we think those kind of numbers will get anyone’s attention. 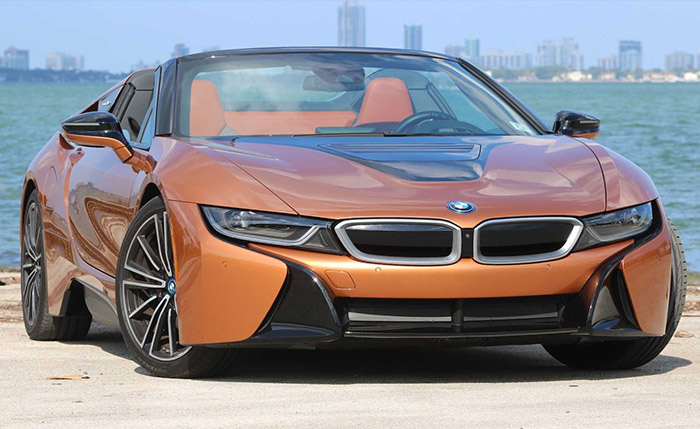 And attention the i8 is finally getting. Apparently such is the growing appreciation for the benefits of i8 ownership that this year’s allocation has already sold out so you’ll have to form a queue. Of course you could hang out for a Tesla Roadster, but there’s no way of knowing if that will ever come to fruition or indeed the price.

You know for us we still like the the idea of having the best of both worlds. But if the price is too steep, comfort yourself with the thought of the excellent bragging rights down the pub if you’re a Mini Cooper driver…