It’s funny what catches your attention. Ticks your box. Tickles your fancy. It draws you in because instinctively it feels right. Then again maybe it’s simply because it appeals to your sense of humour.

Well we came across two guys recently who do all of the above. Artisans who create and craft beautiful things. Yet at the same time are grounded by the very thing they do so well. Why else would you have the understated wit to call your enterprise deBolex?

Calum Pryce-Tidd and Des Francis are men behind what could well become a legend in the world of two wheels. Which is no surprise when you see what they produce.

The giveaway in part is the signature you’ll find on each of their creations to date. 1/1. 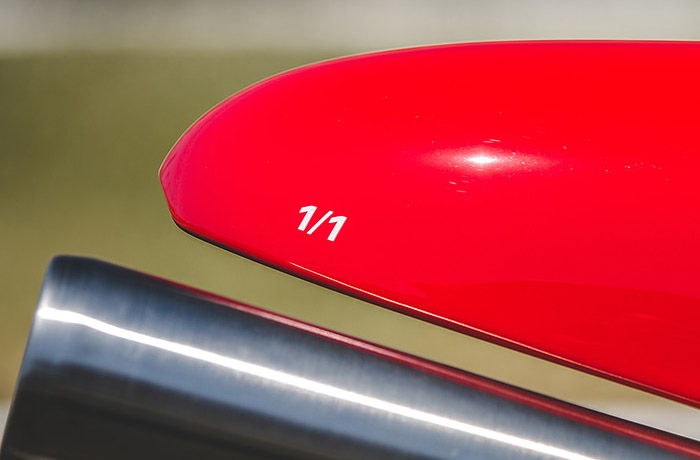 One of one flags that you are looking at something unique. Bespoke. Not to be found elsewhere. A piece of lovingly crafted motorcycle art, the latest of which is this achingly gorgeous Ducati. 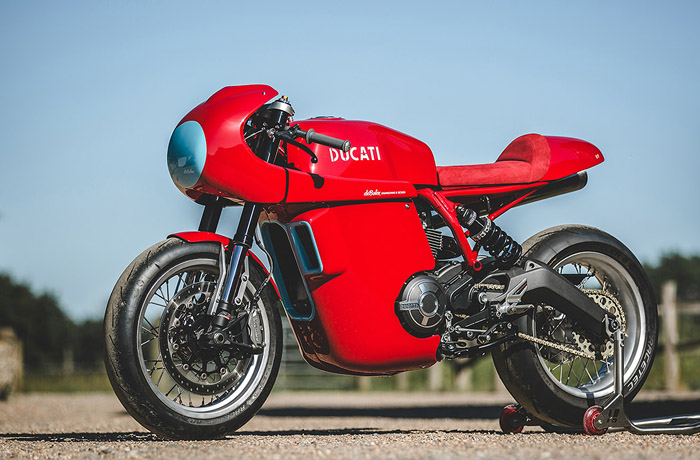 To appreciate the skill on show here, a good starting point is to see a pic of the ‘donor’. Then to marvel at the transformation. Ugly duckling to graceful swan comes to mind. And a vivid imagination. 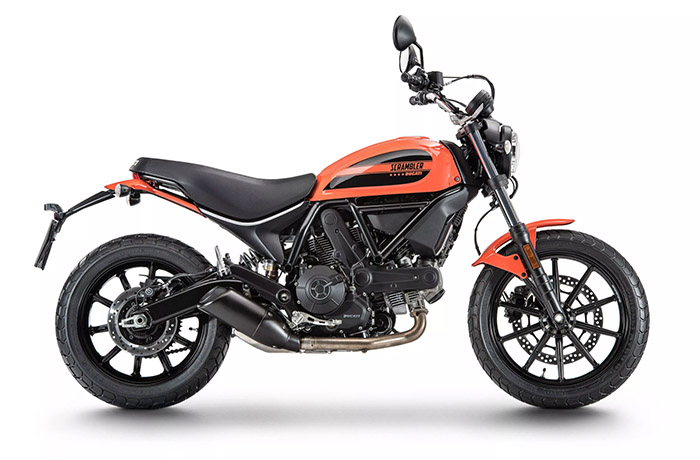 But that’s what these guys do. Make the ordinary extraordinary. And along the way refine and define a signature that becomes recognisable deBolex.

Starting back in 2012, owner Calum’s projects have taken him and partner Des Francis on a journey which today has earned them a reputation for building exquisite bikes. From the early Ducati, to the Triumph Thruxton (the project that first caught our attention). And when we say build, that encompasses almost every aspect down to even upholstering the seat! That’s how passionate they are. Nothing left to chance. Each and every detail considered and executed to perfection. 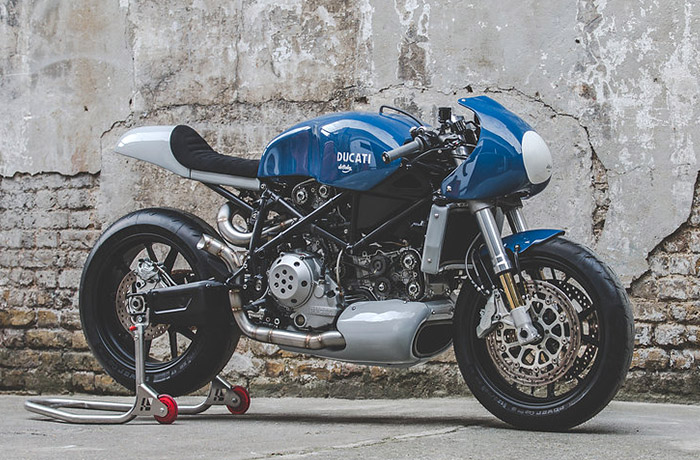 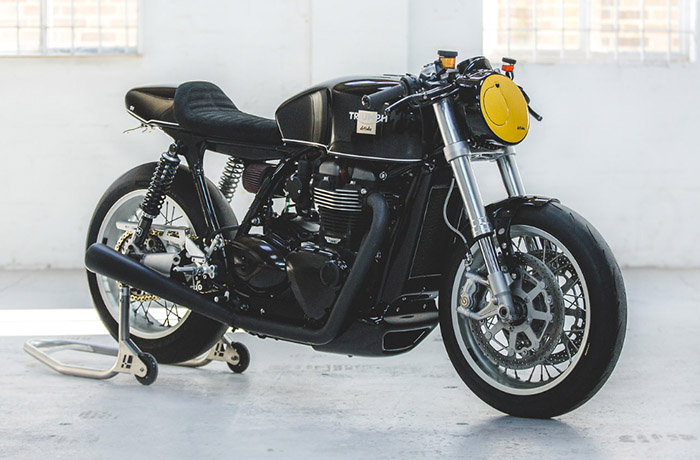 Another example of their craftsmanship is the fairing on the Ducati. This isn’t some fibreglass concoction but rather a piece of art in itself. In aluminium. Immaculately formed by hand in the old fashioned way. And of course painted in house as well! 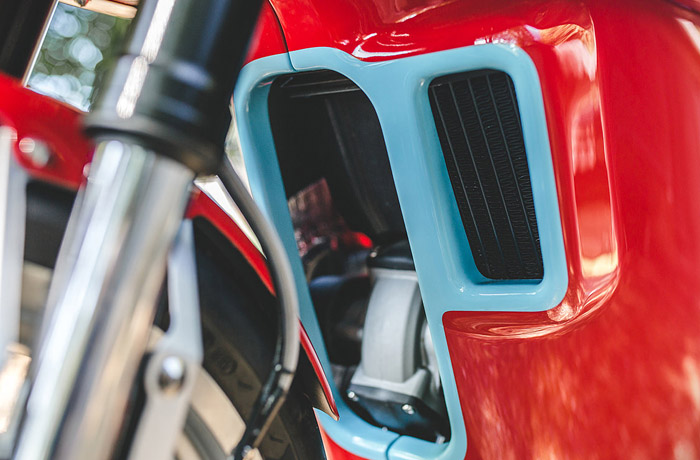 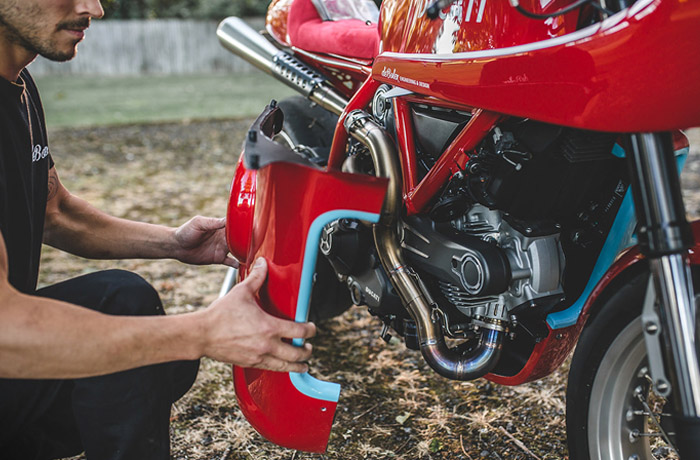 In some ways this passion shouldn’t come as a total surprise as both have petrol running in their respective family’s veins. Calum’s dad was in the trade, indeed the current deBolox South London workshop originally belonged to him. Same too is true of  Des. He spent many years working on classic cars before his eye was taken by bikes. The rest as they say is history.

Needless to say producing work of this standard is not the work of a minute. So the number of projects delivered to their very fortunate customers is in the teens. But while bespoke is still very much part of the ethos of deBolox, they do have plans of expanding into limited edition runs. So maybe you’ll see the odd 1/2. Or even 1/3! Not exactly mass production as we know it.

All we can say is the number is immaterial as long as they continue in the same vein of creating these fabulous creatures to inhabit our roads. Bikes that are quite definitely deBolox. 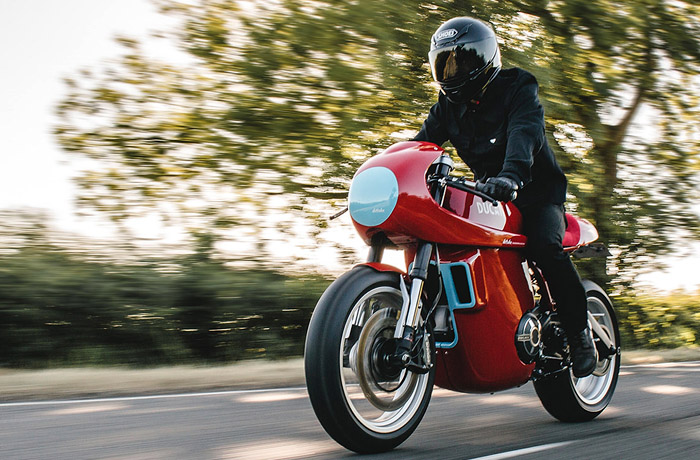