It can sometimes get forgotten in the heat of the moment, when the champagne’s spraying, that behind every driver sits a small army (or a battalion if you’re talking F1) of men and women whose shoulders they virtually ride on. From the mechanics and techies in the paddock, to those even more unsung heroes back in the workshop, who fettle their steeds, make them fit for purpose every race weekend and fix them when they get bent.

Maintaining the momentum of that army throughout the ups and downs of the season is no easy feat. Racing is a complex business and the higher you aspire the more complex it becomes. Competing in any significant championship series requires not just money, but stamina and resilience.

So with that in mind, just think what it takes to field not just one or two cars like an F1 team does, but rather a fleet of racers, in major categories. And win. Welcome to the world of Team Parker Racing. 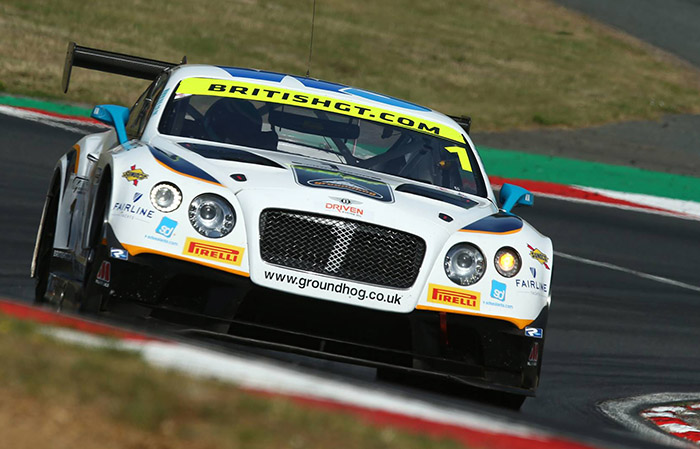 Riding on the success of their previous year’s victory in the British GT Championship where the duo of Seb Morris and Ricky Parfitt Jnr took the title, this year their involvement expanded as they took on another driver duo of Nick Jones and Scott Malvern campaigning a Mercedes -AMG GT4. Needless to say adding another car type to the garage did nothing to lessen the already complex logistics for the season’s racing, logistics which would be stretched even further with the announcement that the team would also be campaigning a Bentley GT3 in the international Blancpain Endurance Cup. 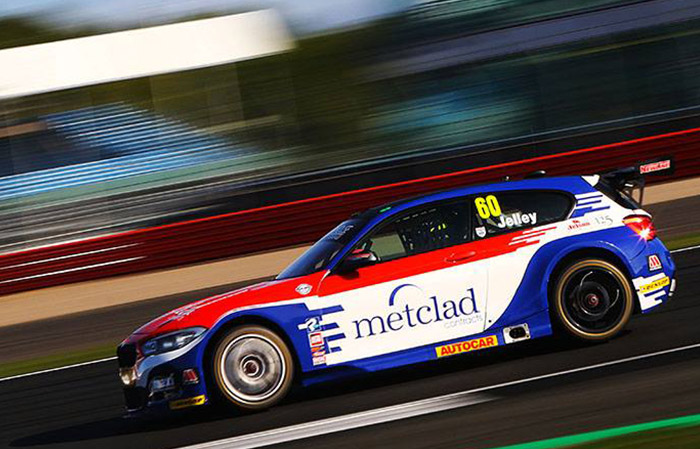 Back on home soil as it were, BTCC plans developed too as the team announced a change of car for driver Stephen Jelly. In 2018 they would be entering a BMW 125i M Sport and hoping for better things from a championship that many would say is one of the hardest fought in the UK, if not Europe. For TPR the series had to date been one in which they have had relatively little impact, but hopes were high that this new combo would raise the stakes. 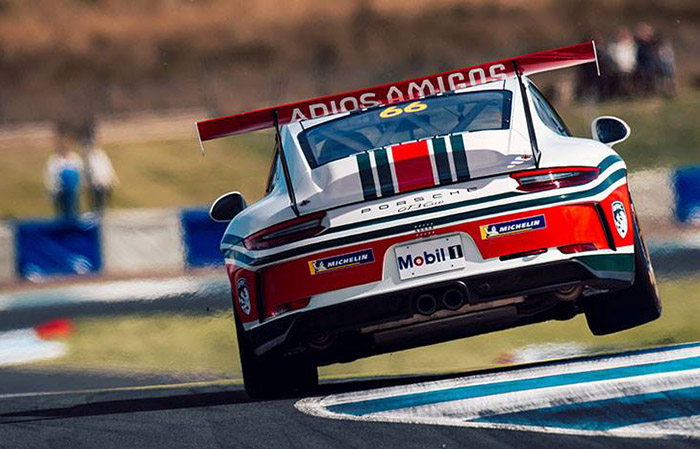 The Porsche Carrera Cup GB however has long been a happy hunting ground for Team Parker Racing with many successes to their tally over the years. This year would see the team campaign a strong three car entry featuring Seb Perez in Pro-Am, Peter Mangion in Am and George Gamble in the Rookie category. As in any single make series, there is nowhere to hide for drivers or teams, so preparation would be key in their attempts to bring home the silver.

As if that wasn’t enough, another championship which TPR have at times almost made their own is the Caterham 420R series. This year the team were supporting no less than six drivers: Anthony Barnes, Alex Koeberle, David Henderson, Jack Brown, Justin Armstrong, and Richard Ainscough – almost a whole grid in itself!

So five championships, with over 70 races in eight countries awaited the team. Weekends off would be few and far between, if at all.

Now at this point you can breathe a sigh of relief because we’re not going to give you a blow by blow account of the season’s racing, but rather a look at their successes of which there were many.

After scooping last year’s GT3 championship, a repeat performance was always going to be a tall order with a lot of competitors determined to play catch up. In the end the championship ultimately proved elusive with the team facing some challenges along the way including the three-hour race at Silverstone where Rick Parfitt’s co-driver Ryan Ratcliffe fell suddenly ill. This resulted in an emergency call to Rick’s co-driver of last year, Seb Morris. Seb then undertook a heroic 150-mile dash arriving only just in time to be scrutineered then jump in the car for his first session! Regardless of the drama the guys finished an impressive sixth overall.

Spa was another highlight for the recovered Ryan and Rick who took second overall during what proved to be a challenging weekend for another of the TPR teams in Belgium. 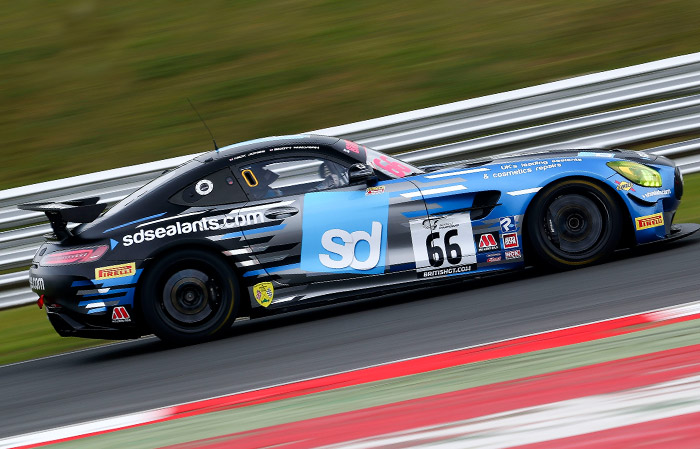 Meanwhile in the GT4 category of British GT, the Pro Am partnership of Nick Jones and Scott Malvern was going from strength to strength. With several teams running the Mercedes-AMG package the competition was intense but as the season progressed the pairing looked stronger and stronger delivering consistent results. The old adage of ‘to finish first, first you have to finish’ was proved correct yet again as the team took the title at the final round at Donington Park in September.

That last meeting of the season also marked the farewell of Rick Parfitt Jnr from the Team Parker Racing stable as he had announced earlier in the season.

Meanwhile TPR’s other Bentley boys  were also having an eventful season racing in the Blancpain series. With one team competing in the Pro Am cup and another in the Silver, two teams in the Sprint Series and one the Endurance, things at race time were getting somewhat lively. Added to which, at the Paul Ricard in June Derek, Rob, and Seb scored a Pro-Am podium finish despite a pit lane fire!

The 24 hours at Spa always looms large in the Blancpain calendar and this year was no exception, though on this occasion not for the best of reasons. Andy Meyrick, who was part of an expanded four man team for this endurance event, was on duty in the small hours of the morning. On the run down to Eau Rouge he collided with a Lamborghini that had spun off track . The impact at 170mph was considerable with Meyrick sustaining severe fractures from which he has fortunately recovered.

With the car rebuilt and the team reforming after the trauma of Spa, the last round at Barcelona went off thankfully without incident.

Back in the UK, Stephen Jelly’s BTCC campaign was dogged with bad luck. The meeting at Brands Hatch in many ways summed up the season to date when Stephen was taken out in all three races. But a glimmer of what might have been was delivered at Knockhill where second place in qualifying showed the potential that had as yet been unrealised.

In the Porsche Carrera Cup GB things ended very much on a high for Team Parker Racing with three drivers: Seb Perez, Peter Mangion and George Gamble taking their respective championships and TPR claiming second place overall in the team championship. A highlight for Seb Perez was his trip to the away round at Monza where he took the top step of the podium on both races. A result that showed the shape of things to come…

With the dust settled for 2018, next season’s start comes ever closer and no doubt the team are looking forward to what the New Year will bring. For sure there will be the odd new car or two on the shopping list! Can’t wait to see what they might be, but a little bird tells us that some of them might begin with a B…

Meantime you can catch up with them if you swing by the NGK stand at Autosport International where we have in pride of place the GT4 winning Mercedes AMG of Nick Jones and Scott Malvern.