The British Rally Championship in its various guises has been running since 1958, with a list of winners that reads like a who’s who of British rallying. Jimmy, Alistair and Colin McCrae, Roger Clarke, Russell Brookes, Richard Burns and Bill Bengry to name but a few of the Brits who have held the title.

There have also been a few interlopers from Scandinavia who’ve had the temerity to come over and steal our silver. Ari Vatanen, Pentti Airikkala and Hannu Mikkola have all taken the crown. 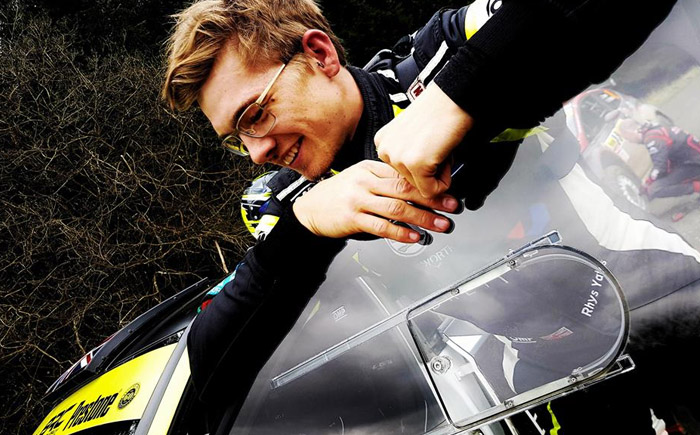 One thing for sure is that its credentials for providing a stepping stone to the top echelon of the sport are well established as those rolls of honour are witness to. 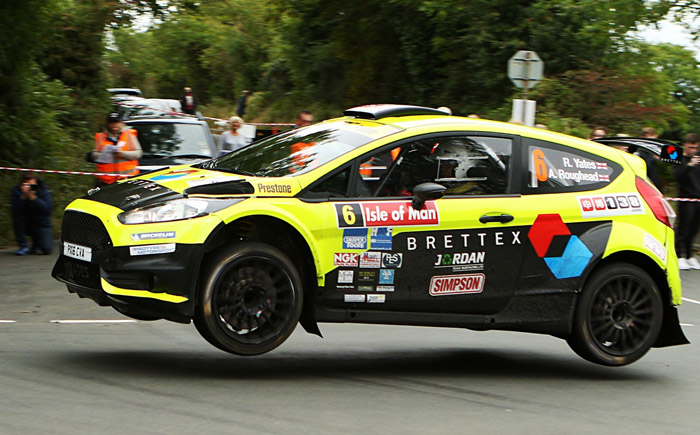 So last year we introduced to you the name of Rhys Yates. Rhys was in his second year of competing in the championship and starting to get results that get you noticed. His M-Sport prepped R5 Fiesta was being seen in all the right places, namely very much towards the top end of the running order culminating in fourth overall for the championship. In fact so much so he was invited at the end of the season to compete in the Monza Rally Show where he claimed a fourth place in his class. 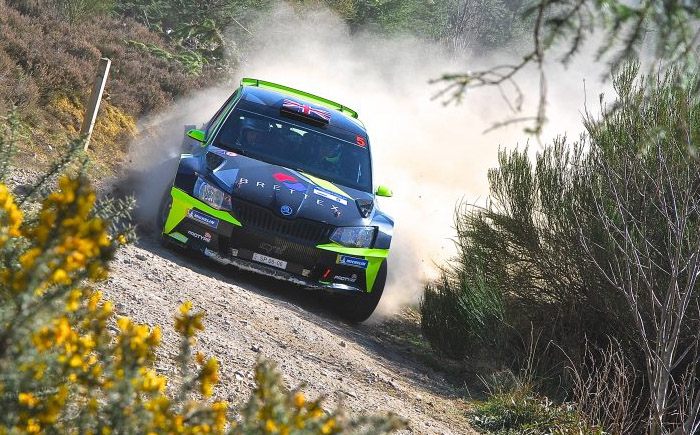 Before the season’s end, plans were already being made for 2018 which could include a radical change for Rhys and his Brettex team. The move planned was away from the Fiesta R5 and into a 4WD Skoda R5. With this change in car the team were also looking to expand Rhys’s experience by competing not only in the British Championship but also the World Rally Championship. This will include the Spanish and GB rounds as well as forays into the European Rally Championship.

Rhys sees this all as a carefully orchestrated build to his career.

“Throughout my rallying career and even when I was contesting the British Moto X championship, I have always wanted to be as progressive as possible and learn as I go, so I really wanted to take everything one step at a time,” says Yates.

“We did things the right way by starting in a Suzuki Swift, then an R2 Fiesta before moving up to four-wheel-drive but I feel the time is right to chase down a title and I think the British Championship could be in reach this year.”

So there you have it. A clearly stated ambition which could well be within his reach with these new wheels beneath him and his first venture overseas to test his metal was the FIA European Rally Championship (ERC) round in the Azores. 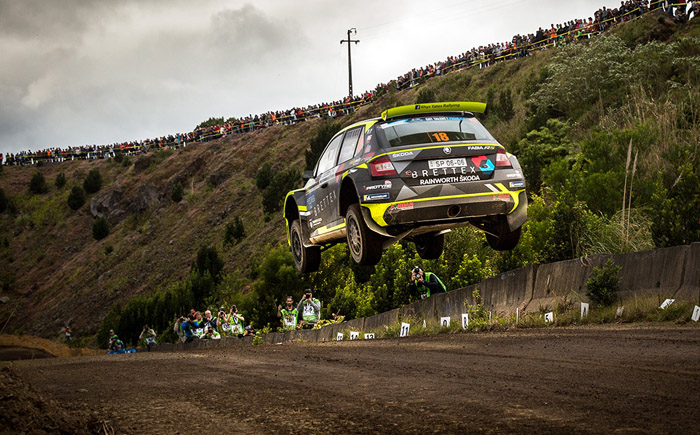 Competing against 35 plus front-running R5s would certainly give Rhys a good benchmark against which to measure himself. Posting the fourth fastest time overall during qualifying was a clear indicator of his and the new Skoda’s potential.  That ultimately translated to a final result of third place in the Under 28 Junior ERC podium.

“I was looking for a top ten result and with 35 other R5s in the event with many of those crews having done this event before it would be a tall order. But to take third is a really special result for me on my ERC debut. Massive thanks go to all the team for ensuring a trouble free weekend and of course Elliott for his great work this weekend. It’s been fantastic”.

Returning to the UK after the cancellation of the first round of the Prestone British Rally Championship due to bad weather, Rhys and his co-driver Elliott Edmondson were determined to continue the momentum gained in the Azores. And so it proved. Rhys finished the Pirelli International Rally in Carlisle in a storming second place, his best ever finish in a championship round. A promising start indeed to fulfilling his ambitions. 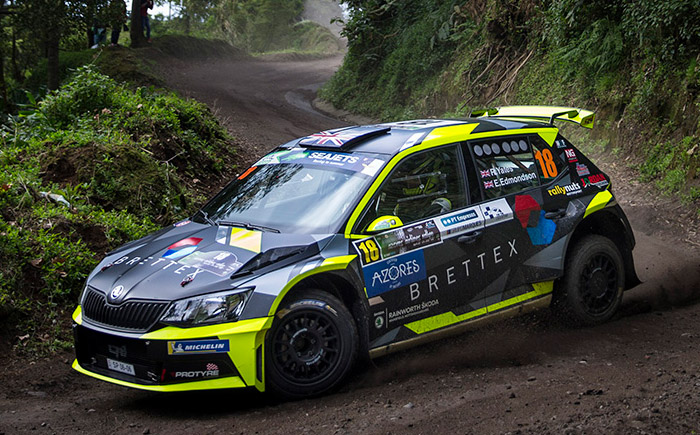 The next rounds also augur well for Rhys as the championship heads over the channel to Belgium and  the Ypres Rally which is run on closed roads. The tarmac rally should suit him well as it is, he confesses, his favoured surface, a fact borne out by his strong showing there last year on his maiden appearance.

Not being a young man to count his chickens, Rhys is taking the season a race at a time, building experience and hoping to carry ever more speed into each successive round. After a dream start this young hopeful still has his feet firmly on the ground. Which is more than can be said for the wheels of his car which seem to have air beneath them more often than not!

You can keep track of his progress via his website or his facebook page. Or no doubt in the pages of the motorsport press where, we have no doubt, he will be making several appearances during the course of this year!