Catch her if you can

Capturing the moment. That’s what marks the ordinary from the extraordinary. And when taking a great photograph, that’s what defines a snap from a crafted picture. Which is why sports photography can reward and punish in equal measure. Rewarding because the subject is exciting. Punishing because often the moment is fleeting. Gone in the blink of an eye. And you could all too easily miss it!

The other factor that marks out a simply good shot from a great shot is being in the right place at the right time. Often it takes hard slog finding the right position, the best vantage point. Humping up to 20 kilos of gear (which is pretty much your standard holiday suitcase full) is not a job for the faint hearted or weak willed. But it’s often at the very heart of the great shot. Finding an angle that no one else has covered. And sometime putting yourself in the firing line to do so. 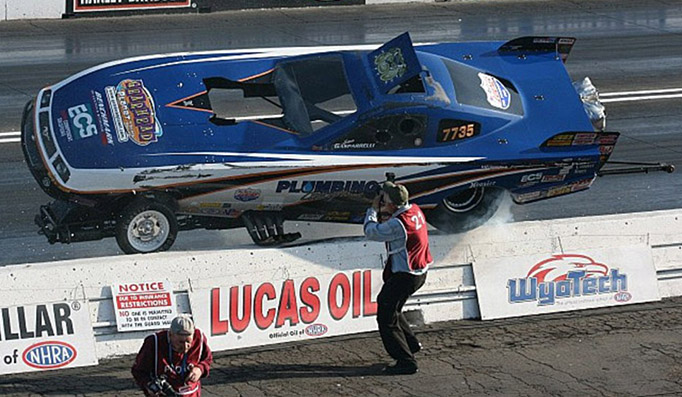 “Motorsport is dangerous” is the reminder printed on the back of every ticket and it’s something that the pro never forgets because always keeping an eye on the action is what can keep you alive when the unexpected comes your way. Like the guy in the picture above. Close escape doesn’t really come into it!

Notwithstanding all of the above, of course the other important factor is having a great subject. Which brings us to a lady you will know well if you follow our Facebook channel, or indeed have read previous editions of Torque. Motorcycle racer Maria Costello, has an uncanny knack of putting herself in the right place at the right time, doing the right thing, which means she is a photographer’s best friend. 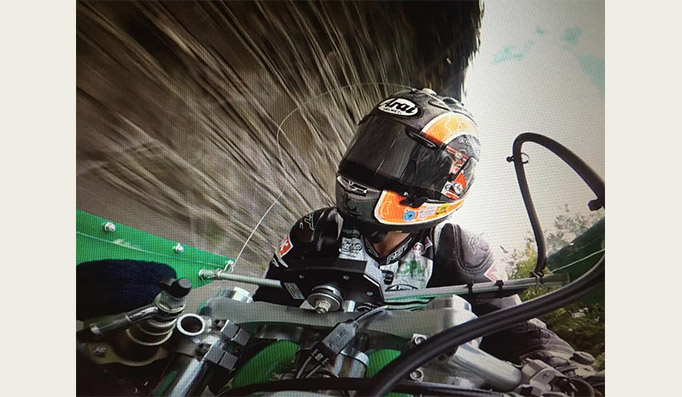 Last season, which was her seventeenth in the saddle, found Maria covering a lot of ground very fast. Nothing much unusual in that you might say. But Maria, not one to do things by half, has been racing not only on her usual two wheels, but three and four! All of which has made her well worth following. In fact this season has been her best yet with some brilliant results to add to her tally. 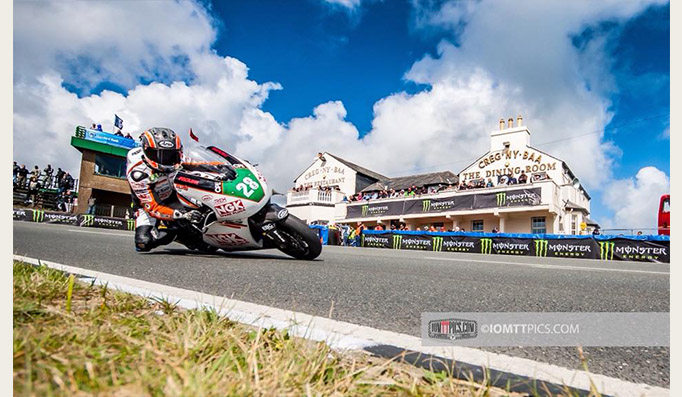 To start she set a new personal best lap time on her Supertwin at the Ulster Grand Prix. Then there was the fourth place finish behind William Dunlop at the Classic TT. Next was her foray into the world of sidecar racing in which she achieved podium finishes with her fellow adventurer and co-rider Kirsty Hauxwell in their first full season of racing. 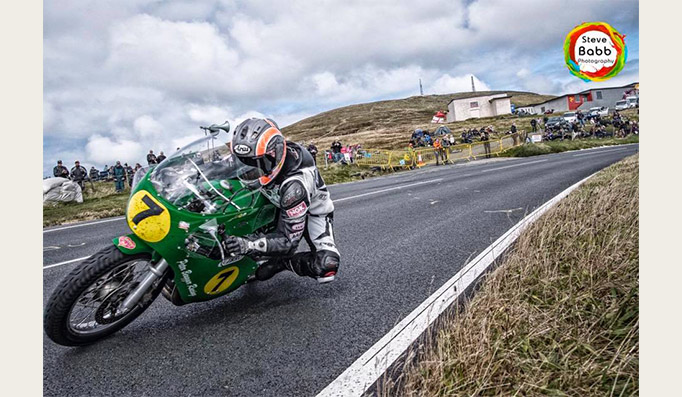 Then were her appearances at the Silverstone Classic in her debut on four wheels in an A35 racer, the Goodwood Festival of Speed demo run in her sidecar outfit (she also did a parade lap at the TT  in the combo too), plus racing in the the Goodwood Revival as well. 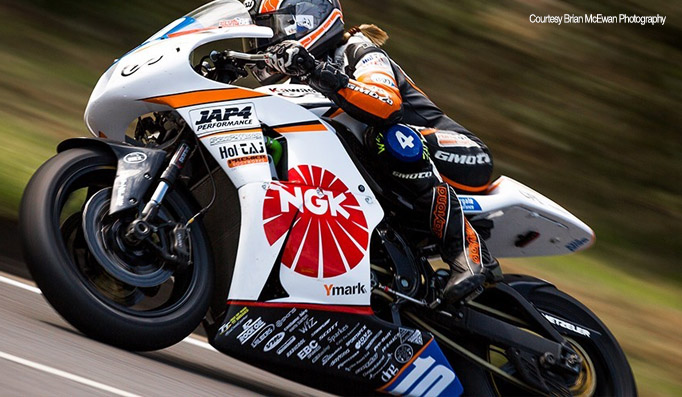 With so much track time it’s no wonder that several ‘snappers’ took the opportunity to capture her in the moment and in doing so produced some epic photographs which really do capture the moment. We hope you’ve enjoyed them as much as we have bringing them to you. And here’s looking forward to next season’s crop of great shots in which no doubt the “Queen of bikers” will feature large. 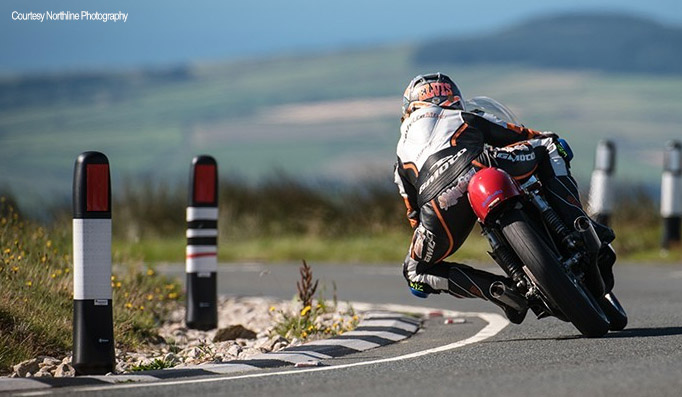 P.S. Maria’s 2018 calendar features a lot of the shots and more. You can grab a copy by visiting her website at http://costelloracing.com/