Time once was that when a racer, be car or bike, was past its best the future wasn’t bright. At best they would find a home in the back of a garage, gathering dust, maybe donating the odd ‘vital organ’ for a newer model. Or at worst they’d be stripped and the remains left to rot.

But the good news is times have changed. Now old is good and with that the interest in historics is booming. Of course big ticket events like the Goodwood Revival have certainly helped to boost interest. But there are a whole host of less high profile meetings where enthusiasts gather to stretch the legs of their cherished racers which have been bought out of retirement.

One such group is GP Originals. 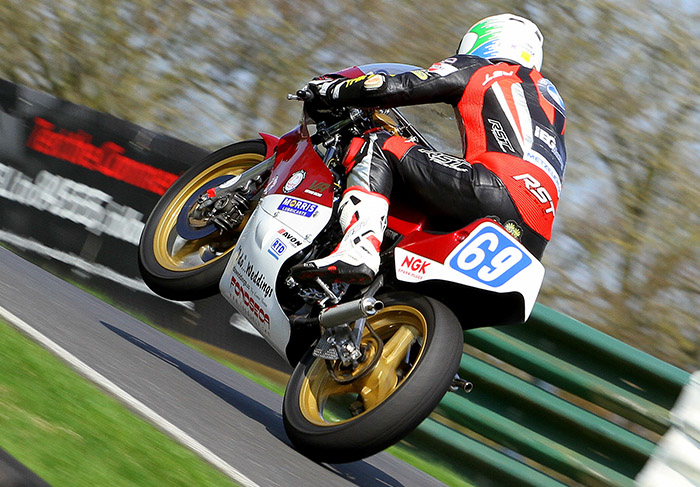 Broadly speaking GP Originals comprise Post Classic, two-stroke 250 and 350cc GP bikes from 1970s and 1980s. For those not in the know, this period was for many the golden era in bike racing as it was when privateers had a real chance of mixing it with works bikes and causing a few upsets along the way!  MV Agusta, Kawasaki, Yamaha and Harleys were the bikes of the day and turned riders like Giacomo Agostini into household names, while riders on larger capacity 500cc bikes were also making names for themselves. Names such as Phil Read, Barry Sheene, Kenny Roberts and ‘Fast’ Freddie Spencer.

Before one gets misty eyed over the passing of that era the good news is that it is still very much alive and kicking thanks to those aforementioned enthusiasts who are very much living or racing the dream in the GP Originals series.

Now the Originals take the original bit very seriously. Tampering with history is positively discouraged and entrants really have little room for manoeuvre when it comes to maintaining originality. There are a few areas where a little light updating is allowed, for instance radiators, but any deviation from original fitment must come with proven provenance from the period. 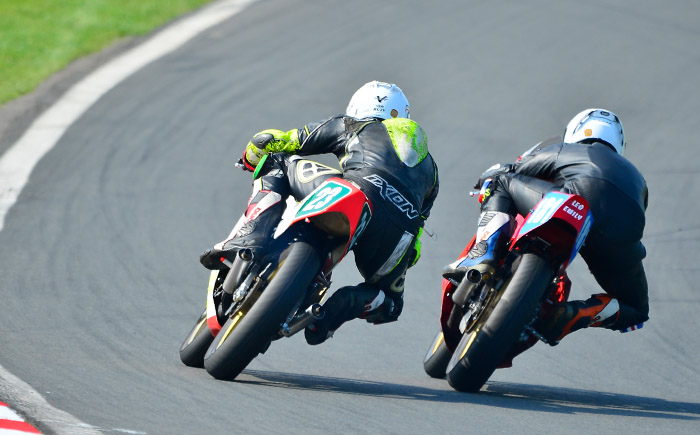 The result is that the paddocks of GP Original events are pretty much a journey back in time with pristine machinery, still wearing their period ‘clothing’ and exhausting that very distinctive smell. No wonder that their competitors are very much welcomed at Goodwood.

Similar to their four wheel historic racer cousins, entrants cover both pro and am categories with some big names such as Fernando Mendez and Hudson Kennaugh taking to the track which is obviously one of the great appeals for the amateurs. How often can you knock elbows and mix it wheel to wheel with past Manx winners – and with grids of 25 or more chances are they’ll be in close proximity with each other. 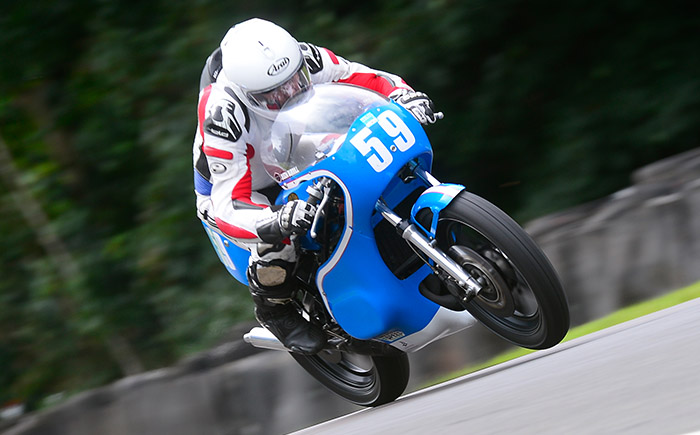 Needless to say, like almost any form of motor racing, winning costs money. While the cost of a bike is fairly modest with an upper limit around the £12k mark, these highly strung two stroke racers do need a fair bit of fettling with an engine rebuild needed 350 miles. But for those who have their eye on the top step of the podium, rebuilds after each race are not unknown which can make for busy weekends for those wielding the spanners.

Fortunately though the demands of the first full GP Originals season are relatively modest with only five rounds in total, perhaps in deference to the age of the competitors both mechanical and human. This year it kicked off with a very cold and snowy Goodwood Members meeting, but the good news is that it will end in high style at Portimao in sunny Portugal. For those who are looking for more action, two parallel series, The Lansdowne and Endurance Legends, give riders the chance to stretch their legs more often. 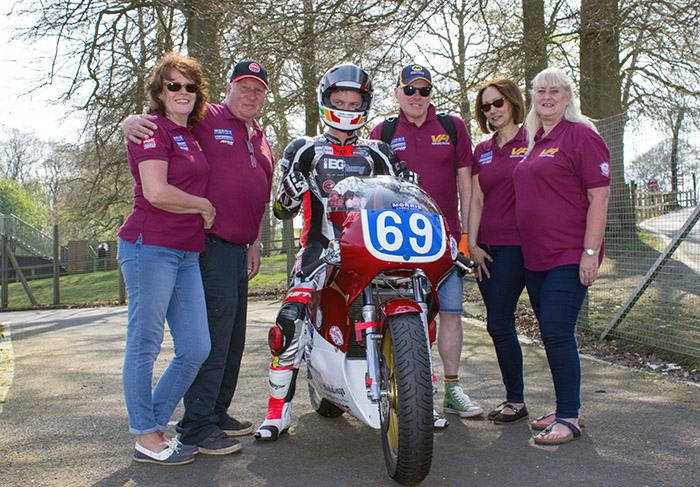 Of course as the no.1 choice spark plug for bikes, NGK have a keen involvement in the series and are pleased to see its growing popularity. The next opportunity to see them in action will be at Donington Park 12th–13th May with Endurance Legends. We’ll be rejoining them later in the year, but if in the meantime your interest has been spiked and you’d like more information, simply check out their facebook page @gporiginalsracing.

Many thanks to the following photographers for the use of their great work in this article. In order of appearance: Headline image – Alex James, Hudson wheelie – Neil Kirby, Vines and Watson – Neil Kirby, Blue TZ – Alex James, Veryard Racing team – Spyre Ltd.