Precocious talent. It’s a term you hear quite often. But often the reality is someway short. Well in the case of Mollie Fearn it’s no empty promise.

Two years ago the prospect of GCSEs was probably the biggest thing looming on Mollie’s horizon. Now she’s checking her passport and packing her bags to travel the world as she’s been offered a contract to become the first British female to take on the world’s best riders in the Aquabike World Championship in the Ladies’ Ski GP1 class. 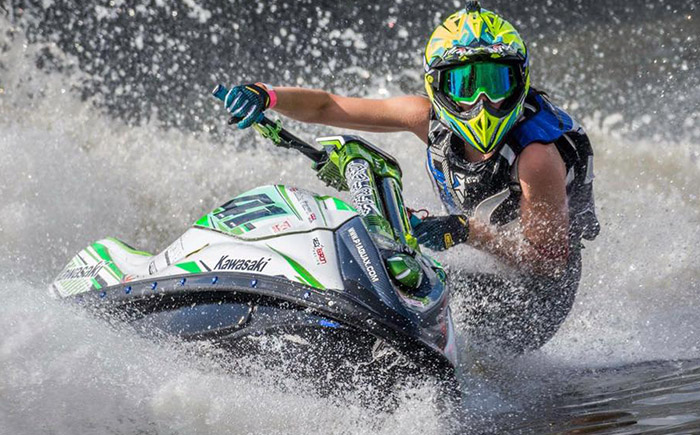 “I will be against the fastest ladies from all over the world, racing in Italy, China and the United Arab Emirates for six rounds and I can’t wait.”

Now for those not familiar with the fast moving world of Jet Skiing, Aquabike is the biggest series a jet skier can ride in. Like F1. But on water. And the similarity doesn’t end there. These Jet Skis are capable of 0-60mph in 2.5-3 seconds which is seriously quick, especially when you’re standing up, balancing on water, with the ski doing its best to rip your arms out of your sockets. Designed to be driven standing up, riders combine the agility and skill of a mix of downhill skiing and motorcycle racing. 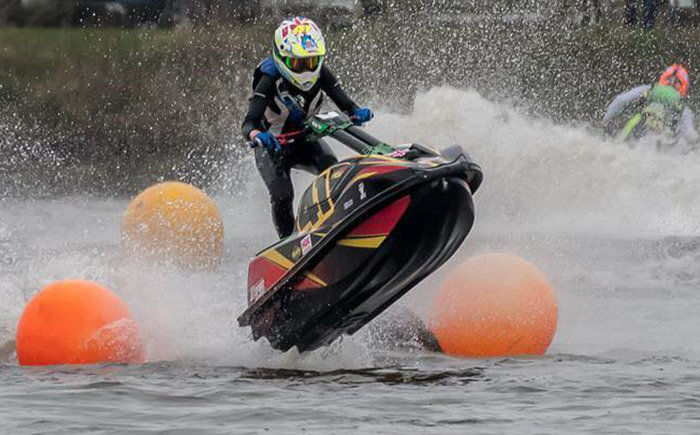 Top speed isn’t quite in F1 territory, but 130 kph over water looks a hell of a lot faster than it might sound. But Mollie seems to have taken this like the proverbial duck to water. Bearing in mind that she only rode a jet ski competitively for the first time two years ago. That not only represents a seriously steep learning curve, but also more than a fair share of talent which is obvious when you see the awards she’s picked up this year: 3rd Overall AquaX AM Sprint 2017, JSRA 2017 Most Improved Rider of the Year, UIM-ABP Aquabike World Championship Rider, Vice British Junior Lite Champion 2017, Vice European Junior Lite Champion 2017. 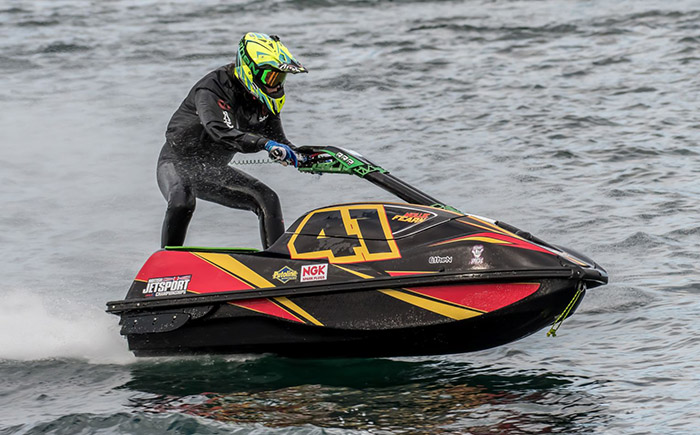 “At the end of November last year, we set off for the British Jetsport Championship prize giving dinner where I went on to collect my second place trophy in Junior Lites and third place trophy,” she said.

“Every year there are additional awards to be won, for example most amount of points, most improved rider and greatest achievement. 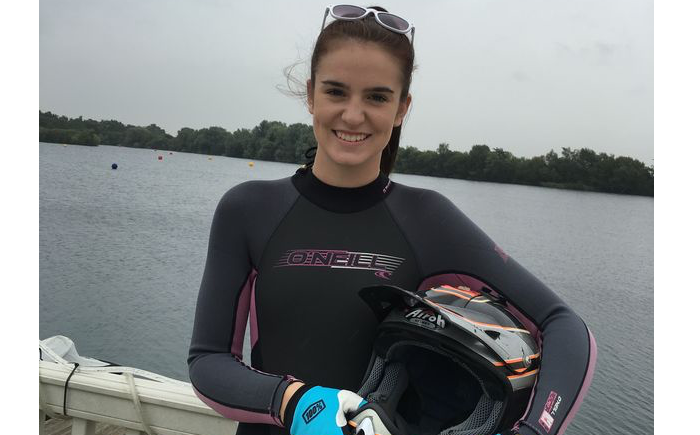 “Little did I know that I was going to be awarded the Most Improved Rider of 2017! It was a great surprise and I was very thankful and happy to receive this award.”

While her results indicate above average ability, success doesn’t come without a lot of hard work too. It has to be remembered Mollie’s training doesn’t take place in the warm waters of the Mediterranean. Oh no. The local lakes near home in Lincolnshire are her training ground which in winter can be can be bleak and the water cold enough to make your hair freeze. 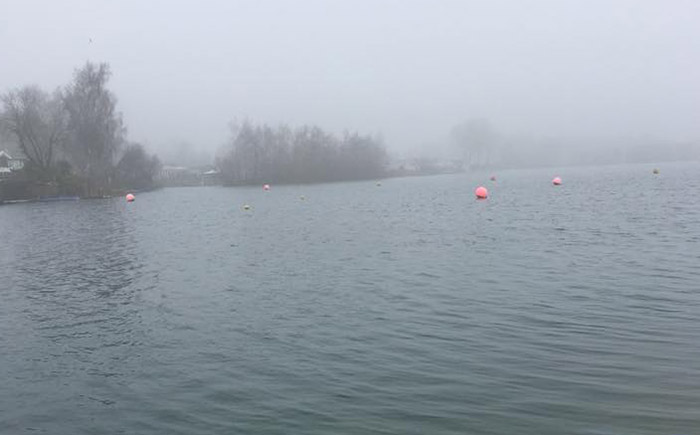 But if that’s what it takes then Mollie is obviously up for it and ready to do battle in the series that demands the most from its competitors. With these jet skis punching somewhere between 170-200HP the Ski class is the most physically demanding requiring strong upper and lower body strength to control machines that can easily run away from you.

Needless to say we’ll be following her progress closely and keeping you updated but if you want to know more you can also check her out via her facebook page.