For many a year the UK has had a reputation as being the crucible of motor racing. A hotbed of talent that drives the sport on at the highest levels, such as Formula One. Look at any team in the pitlane and you’ll find Brits at the heart of virtually every team.

Whilst those individuals used to arrive in such positions through a rather haphazard and often non formalised form of apprenticeship, today there is a very different process at work. One that reflects the incredibly high standards that sports like Formula One require. That’s why wannabe engineers now find a range of degree courses that not only provide a potential stepping stone into the world of motorsport, but more importantly open their eyes to the exciting possibilities of a career in mechanical engineering.

Once such institution is the University of Hertfordshire. UH as they are informally known, has been fostering new generations of engineers for many years. In 1997 a group of students with a passion for motor racing took their learning to a new level by banding together to form UH Racing. Their objective was to enter the Formula Student UK competition. And of course, win! 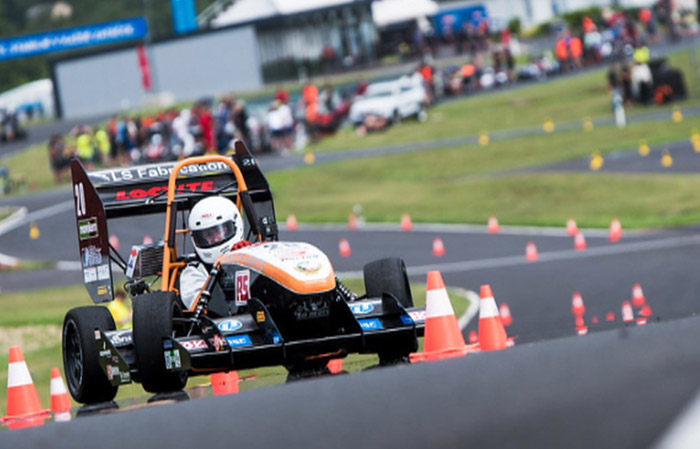 The Formula Student is a programme that was founded in 1981 and in the ensuing years has become supported end encouraged by leading figures in the automotive industry and F1. So much so that today Ross Brawn is now its Patron and its ambassadors feature several leading names from the world of Formula One. So Formula Student participants are very much in the spotlight of their potential employers of tomorrow. No pressure then!

Now the focus of the programme isn’t simply to go racing, but to build the means to do so. In other words to build and more importantly develop your own car.

So each year the team, which comprises mainly but not exclusively of final year Bachelors and Masters students from the School of Engineering and Technology, design and build a new single seat race car. But it’s not just budding engineers who get involved in Formula Student, students from other faculties too contribute in the areas of  business management and media. So in essence you have a full functioning race team who are supported financially by the university, partners, and alumni. 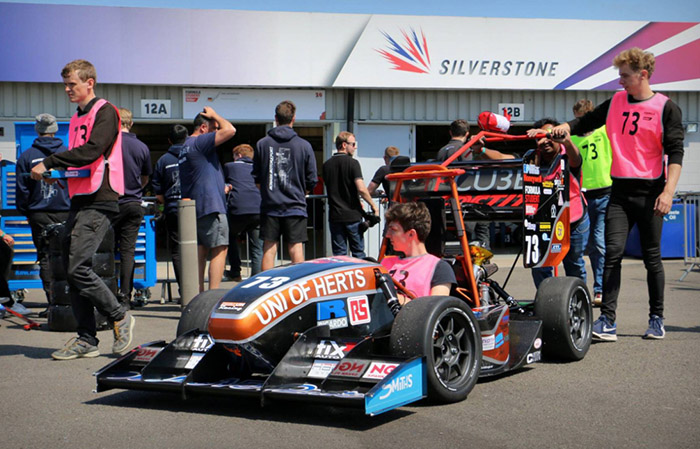 Needless to say competition in Formula Student is fierce. And it’s competed at not only a UK level, but internationally too. Teams are tasked to produce a prototype single-seat race car for autocross or sprint racing, and present it to a hypothetical manufacturing firm. Along the way they learn important lessons on team working, time management, project management, budgeting and presentation: all things that any prospective employer will be looking for.

To find the winner the teams go through a rigorous testing process, made up of a combination of static and dynamic events for which points are awarded. Because the intention of the programme is to encourage and reward engineering excellence,  outright speed and driver ability are not deciding factors, that said no one wants to lose…

Back to UH Racing then. 2018 marked the creation of the team’s 21st design UH21. Building on lessons learned from the previous years design, the car’s tubular steel space frame chassis that was both stiffer and lighter than its predecessor’s, it was powered by a turbo charged Honda CBR500 engine and boasted a more sophisticated aero package than previously too. 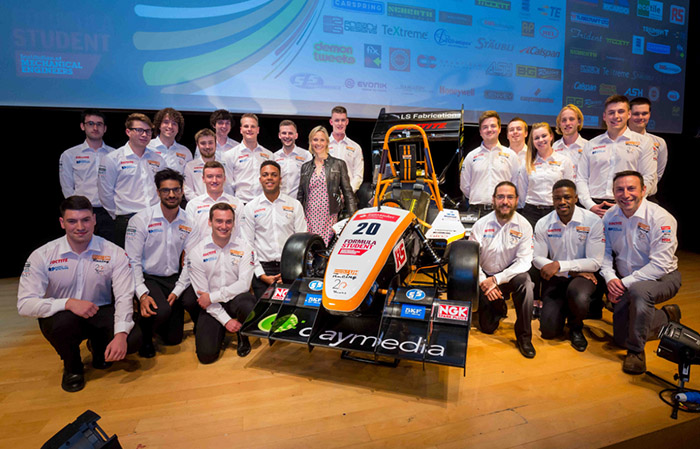 It’s been this rigorous and ongoing development programme, covering every aspect of their cars’s design, that has delivered a constant stream of awards which today allows them them to lay claim to being the UK’s most successful Formula Student team of all time. So shrinking violets they aren’t at UH Racing. Just like F1 then!

And just like F1, the programme never stops, that’s why they’re already hard at work on UH22. Another winner in making? Seem the odds might suggest so.