In motorsport, as in many areas of life, everything is relative. In the rarified atmosphere of Formula One, where budgets run into hundreds of millions, for the leading teams cost control rarely seems to be an issue. Even those more modest operations will still spend amounts of money that are simply eye-watering to the vast majority of competitors who take to the track every week.

Yet money, while it makes the race car go round, is not the be all and end all. Equally as important and often overlooked, is the relative complexity and sophisticated engineering you’ll find under the skin of almost all race cars. Regardless of budget. Don’t believe us? Check out a National Hot Rod.

National Hot Rods are the pinnacle of short oval racing and what every non-contact racer aspires to compete in. Weighing just 700kg in race trim and powered by a Vauxhall 2.0 16v producing 270bhp, they are very challenging technically and extremely competitive. Although in theory a contactless sport, with 30 cars at full throttle around a 1/4 mile oval (average lap times of 14.5 seconds means an average speed of 60 mph) the odd bump or nudge is unavoidable. Another factor that adds to the excitement is, that unlike most other race series, the faster cars start at the back of the grid and have to fight their way to the front of the field. 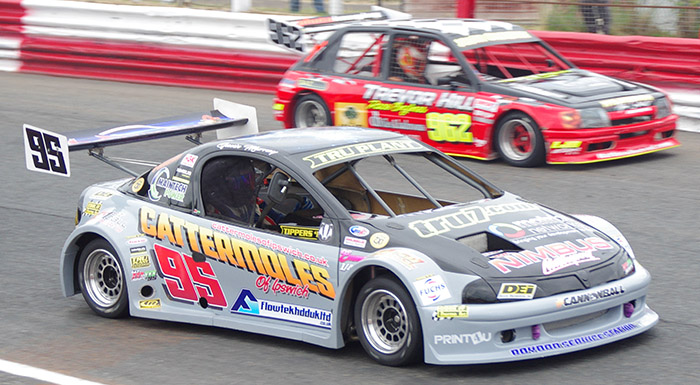 Technically, a national hot rod is quite complex. A space frame chassis, which is clothed in fibreglass/kevlar panels, is built to a strict set of rules and virtually every component governed by a price or restricted to a particular brand to keep the costs from running away. Furthermore the rules also pretty much dictate where each component can be positioned on the car with the intention of keeping the competition on a level playing field. That said a brand new National Hot Rod can be in excess of £50k!

During the main racing season which consists of well over 20 races, the team work 4-5 nights a week just to maintain the car and work on the set up. These relatively compact racers, with their short wheelbases, can be extremely sensitive to set up so it has to be super accurate as even 2mm out on front end geometry can completely transform the car for the worse.

Tyre management too is another very important factor in National Hot Rod racing. With the exception of championship events there is a one new tyre per meeting rule, meaning that teams really do have to look after their tyres. 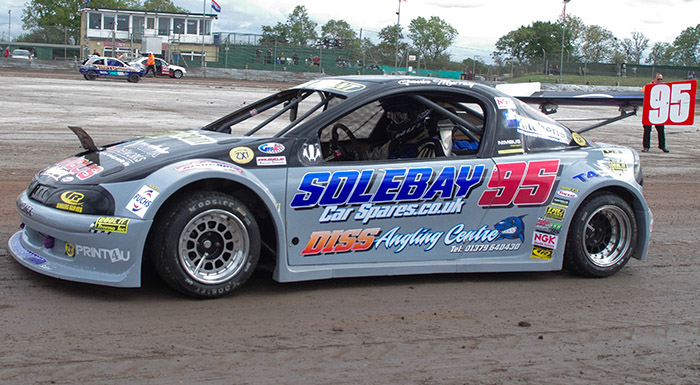 So with the playing field pretty much levelled as far as the cars are concerned, the emphasis is very much on the driver. Cue Gavin Murray.

Gavin has short oval racing in his blood and is a second generation racer. His father raced in the hot rod class for many years so it was only a matter of time before Gavin got behind the wheel himself.  Gavin started racing at the youngest possible age (13) on the ovals at the time competing in the Ministox class. A light contact formula for the rising stars to cut their racing teeth. At 16 these young guns have to move onto the senior formulas. Gavin had success in light contact 1300cc stock cars and Ford Sierra lightning rods before moving onto National Hot Rods in 2007.

Gavin has enjoyed varied success in the formula with the highlight being a 2nd in the 2012 World Championships. Gavin sold his car and left the formula in 2013 to have a go in the Pickup Truck Championship before returning to the ovals in 2016. 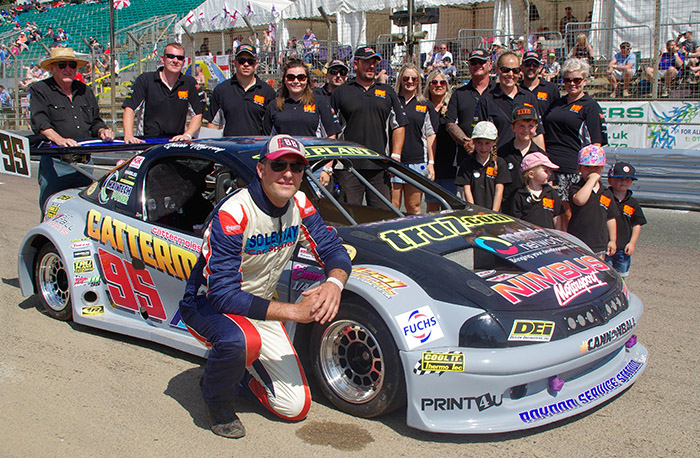 This is where the partnership and the birth of M&M Motorsport starts. Mark Peck of Meede Motorsport has been a long time friend and competitor of Gavin’s. Halfway through the 2016 season Mark’s own driver decided to retire from racing so Gavin was offered the drive. This offer was too good to turn down so the two teams merged forming Murray & Meede Motorsport. Mark maintains the car in his own workshop and Gavin finances the team but Mark is also instrumental in obtaining most of the sponsorship.

There are three big championships in the formula, the World, European and National, all of which have so far eluded the team. But ambitions are high for this season so as ever we’ll be watching progress with keen interest as they battle to eke out every last ounce of performance to help propel Gavin to the podium. We wish them luck.

P.S. Thanks to Martin Kingston (mkpics.net) for the great shots