This time last year we brought to your attention the plight of a group of firefighters who were facing a serious issue. A total lack of motivation. Well when we we say motivation, we’re not talking a psychological problem, but rather a physical one. One that, unless it was overcome, would mean saying goodbye to someone very near to their hearts. Their progeny Cooper.

Cooper has had a fairly long gestation period and that has been due to the lack of one all important element. Money. Now we’ve jogged your memory hopefully it will all come flooding back? 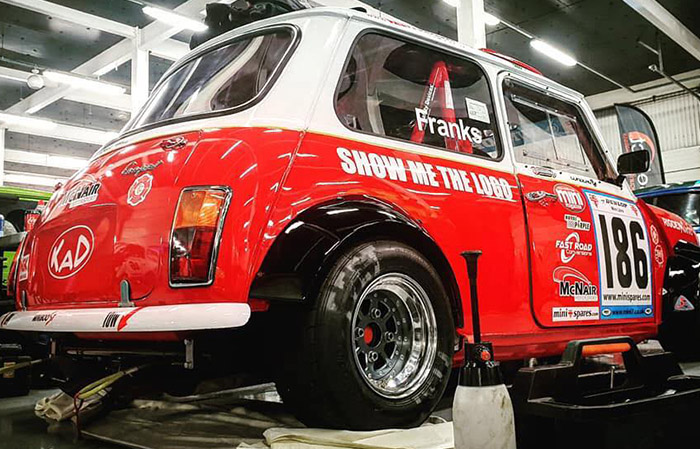 Cooper was (and still is) a rather pert little mini racer. Sporting a gleaming red coat and some rather naughty looking wide wheels, the only thing she (she is a she isn’t she?) was lacking was motive power. The team knew where to get it, but lack of funds mean’t they couldn’t do the deal for a Classic 1275 A+, 1380cc 16v. The boys at Kent Automotive Development were happy to do an amazing deal to get them underway, but even they had a limit as to what they could do to help the team out

Being made of sterner than the rest of us (as you would only expect from firefighters), they dug in and kept pushing towards their ultimate objective. Begging, not stealing and maybe a bit a light borrowing to get the budget together. And that was where left them at the end of 2017.

Fast forward a year and well, there is a sense of deja vu in the air. But having said that what a year the team have had. Beyond their wildest dream might be putting its mildly. 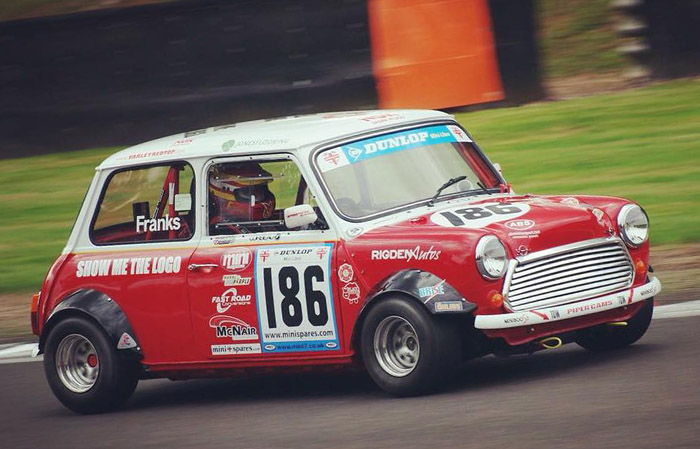 Now anyone who goes racing with a purpose has got to have a reasonable amount of self belief. Without it there would be little point in rolling down the pitlane. Unless you were of a masochistic nature. So let us assure you that David Franks, driver and Team Principal, is no masochist (well not in public). No what David does have is a reasonably large portion of self belief and fortunately the driving ability to match. It was those two things that at the end of last year convinced him that there was a lot more to come from him and Cooper, if only they could put that precious engine under the bonnet which would enable them to compete at a new level in Formula Libre.

Well someone up there must like David, because come springtime the engine was making itself at home under the bonnet so it was game on! Well partly because while the Formula Libre series has 14 rounds, the team knew that funds available would mean they could only compete in six.

Undeterred David felt they were still in with a shout and well, what can we say except he must have a very shiny crystal balls because how right he was! The Fire Fighters Race team achieved third place in the championship in their first year but competed in less that half the rounds. What if comes to mind… 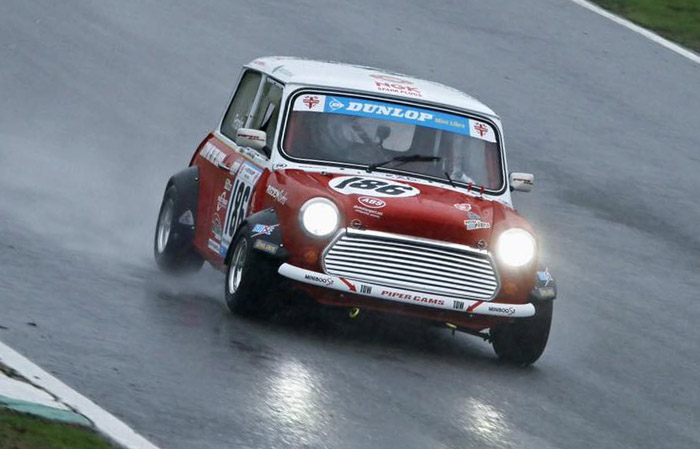 Unfortunately though there was a sting in the tail. Having negotiated six rounds almost unscathed, come the last race of the season David got a bit ambitious (that old red mist) and, in a valiant bid to catapult Cooper from third into first lost it and in rejoining the track sooner rather than later, he collected another car who rear ended him in no uncertain manner. Uncertain as to the extent of the damage, Dave decided discretion would be the better part of valour and settled down into third for the remainder of the race. But hey, what a result for the first season.

Following the euphoria though the team has been faced with the harsh realities of a large repair bill to get Cooper back track for next season. So once again, they’re chasing a budget where ever they can in order to continue their fund raising for charity at which this herculanean effort is aimed at helping helping, PTSD999.

PTSD999 (the PTSD stands for Post Traumatic Stress Disorder) is the only organisation in the UK that supports all members of the emergency services, both serving and retired, voluntary, family and friends. Not surprisingly, as a fireman Dave has seen at first hand the effects of trauma amongst his firefighting colleagues, hence his seemingly endless determination to raise awareness and help fund raising for their work. 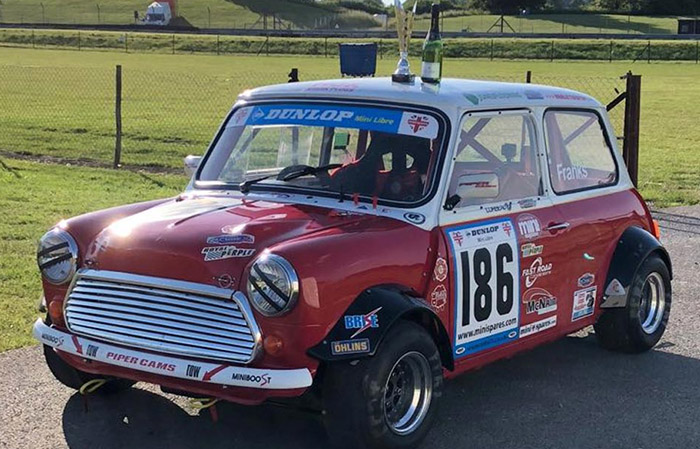 So with the new season approaching fast the team are determined to build on the success of 2018. If you think you might be able to help them mend Coooper then that would much much appreciated. Equally if you’d like to find out more about PTSD999 then please visit their website.

Meantime we’ll be keeping a close on their efforts on both fronts and hope we’ll be able to update you soon on Cooper’s recovery and their plans for achieving even higher profile for the charity in 2019. Latest news is that the Thruxton round of the championship will be broadcast live on ITV4 over 18/19th May as a support race to the BTCC race weekend at the circuit. And it doesn’t get much better than that. And it’s an opportunity like that you could say makes them driven to succeed.