Around June time we like to invent a game at Torque. This year it’s rather fetchingly called “Up yours”.

Now for any self respecting petrolhead, apart from games with racey titles, June means one other thing. Goodwood and the Festival of Speed. One thing you can guarantee is that there, gathered in the paddocks surrounding Lord March’s country pile, will be the best collection of automotive exotica outside of Jay Leno’s garage.

This in turn gives us a great opportunity to compare and contrast the many ingenious ways car designers go about their way creating the things we love and cherish, and in doing so, put fellow car buffs to the test. Cue “Up yours”.

Aerodynamics are something that continue to vex the car designer. Cheating the laws of  nature in order to allow their creations to slip through the air with the greatest of ease. The irony is though that in doing so they create another problem. How to harvest the very thing they are trying to cheat? How to bend it to their will to improve handling. And how to channel it to provide cooling. It’s a tricky old game and one that requires some ingenuity.

And that’s where “Up yours” comes in. Or rather the intake, vent, duct whatever you choose to call it that the designer has fashioned to fulfill one or possibly both of those tricky tasks. And to set the ball in motion here is suspect no. 1, a hot blooded Italian… 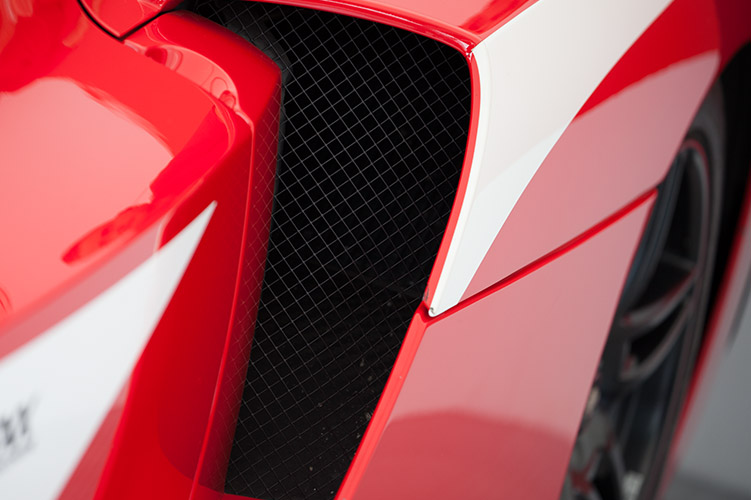 Then something rather esoteric closer to home. 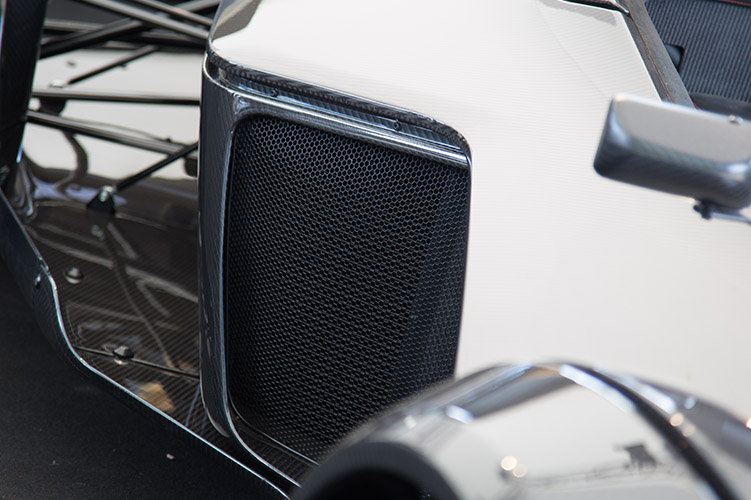 Next we have a nostril from the far east. 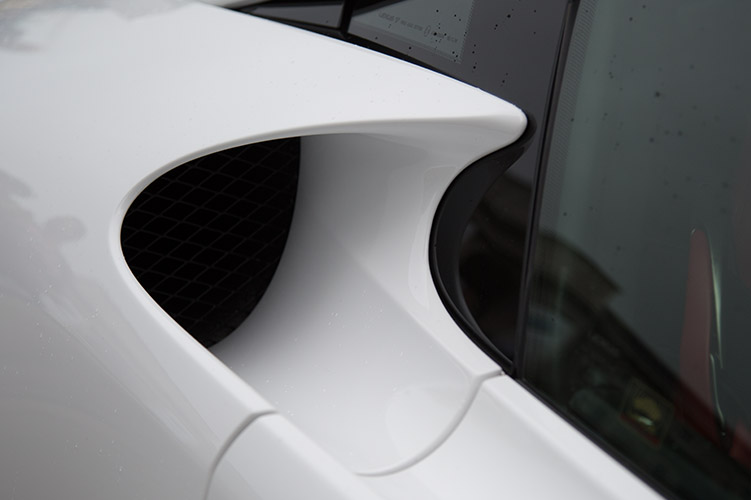 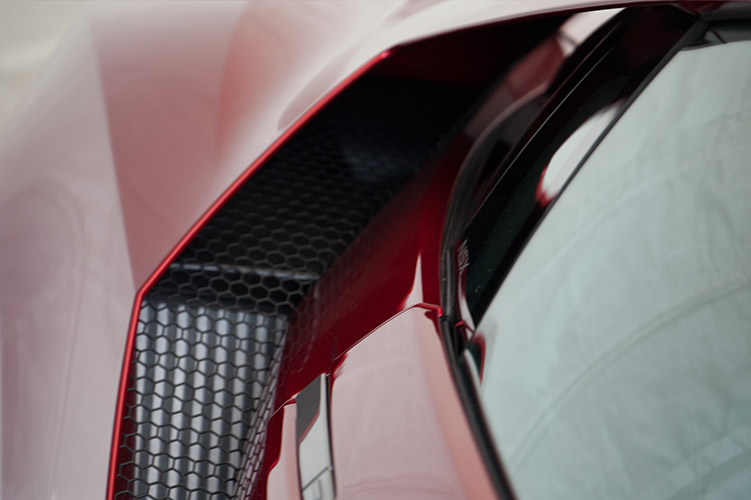 Some cars it is true to say probably did more for the duct than many. This little black number was a real scene stealer when first introduced back in 1974. 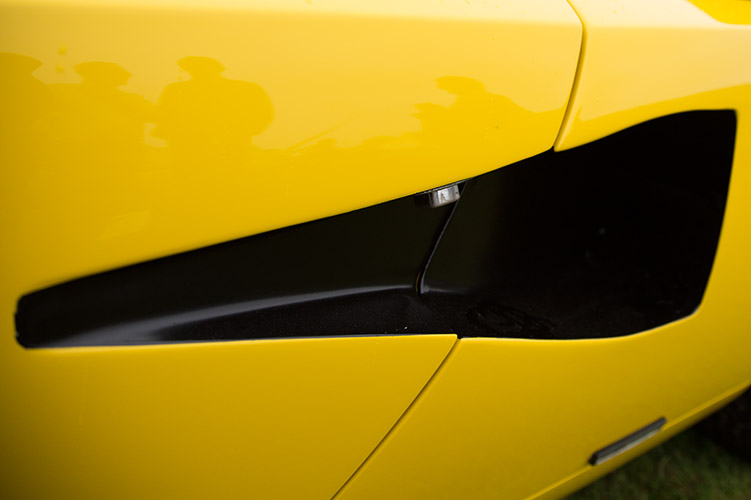 Sometimes even the most unlikely candidates emerge and to be honest this one, attached to what could be one of tomorrow’s best selling family car (it is today), really caught our imagination. 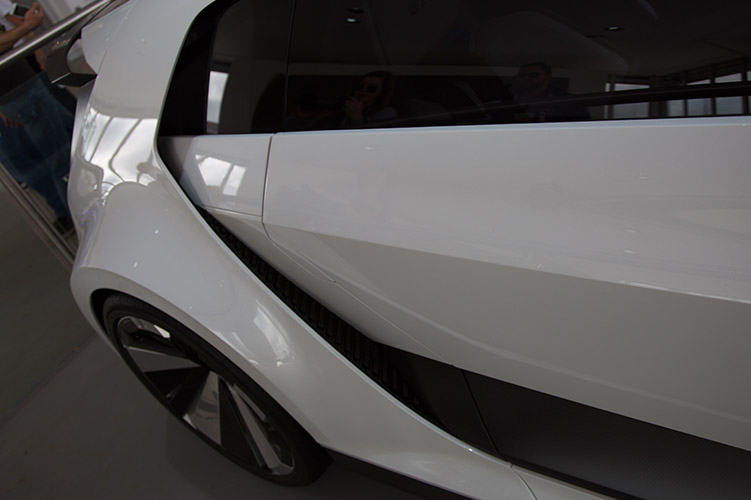 But for last we’ve left the most expensive. A little French number. 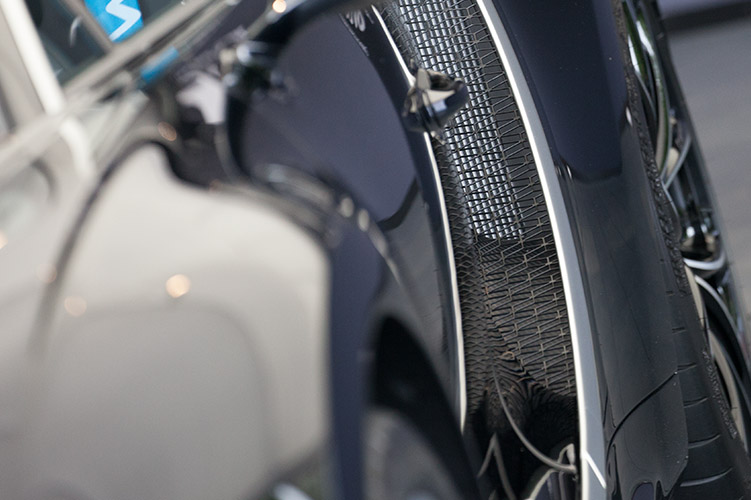 Now if you’re feeling lucky and you’d like to say “Up yours” to us here at Torque, just drop us an email via the contact us link at the bottom of the page and you could win a model of the F1 car that did more to tame the air than any other and was the star on the NGK Pavilion at last year’s Festival of Speed.

God is in the details