Where will this journey end?

A born natural. Duck to water.

Expressions like these are bandied around often, but seldom are so strikingly apposite as in the case of Chloe Jones.

Less than four years ago (by the way Chloe is just coming up to her 15th birthday), she had never even sat on a motorbike, let alone ever expressed any interest in things mechanical. At school she clearly loved her sport, indeed any sport, a fact born out by the fact that she’s the current captain of both her football and netball teams. But motorsport didn’t seem to be on the horizon. Until that is a chance visit to her local race track, Whilton Mill near Daventry. 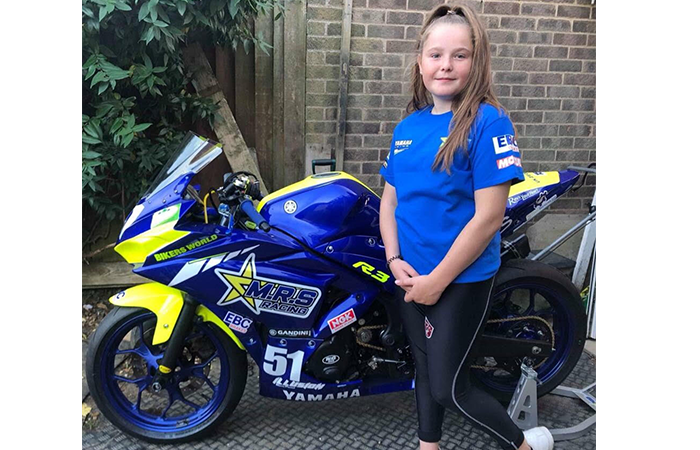 There she encountered the world of Mini Moto bike racing and her world turned upside down. She not only HAD TO HAVE ONE, but more than that she HAD TO RACE IT. There was no question in her mind. The racing bug has bitten and bitten hard. Now at this point quite a few parents might well have indulged the insistent demand of their daughter, thinking that the fad would pass and before long the new ‘toy’ would be languishing in the back of the shed along with the lawn mower. If only… 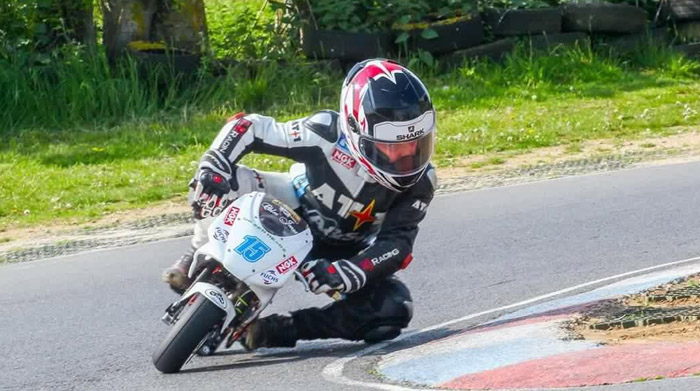 Chloe it seems is made of different stuff. The right stuff. Good thing too because her first race was a disaster. Fell off four four times, but just got back and kept racing. Having finished she was ever more determined not to have that happen again. And it didn’t. From that day on Chloe’s racing achievements have been on an exponential curve.

In that first year she took 1st in her novice class, riding her Series 1 Polini Mini Bike.

In her second year she stepped up to the Pro class, initially riding an IAME engined Mini Moto prepared by LRJ Racing, which was replaced by an IMR Mini GP 140 later in the season. Having missed the first three rounds of the championship and after only two practice sessions on her first ever geared bike, she rolled up on the grid of the fourth round. With low expectations and having been told just to stay out of trouble – have some fun and see what she could do, she did. And took two victories that afternoon against a grid full of considerably more experienced riders. 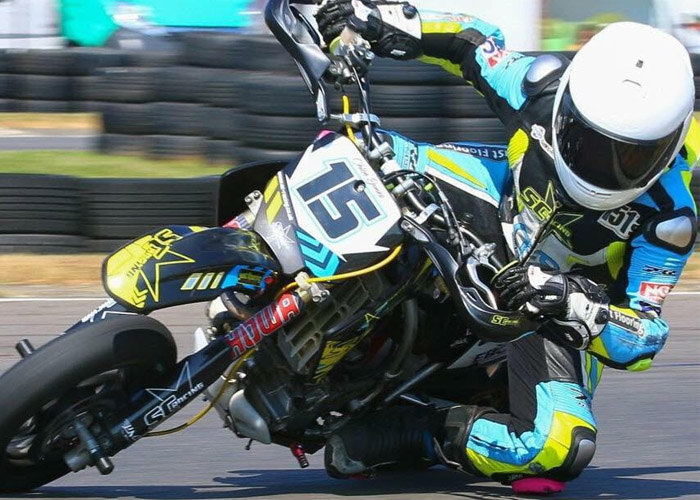 And so she went on. Winning all of the following races until the last where a fuel problem with the bike dropped her down the field.  So she staged a recovery to finish fourth in the race and third in the championship, even having missed those first three rounds.

As night follows day, in 2017 competing the same championship and, missing all but the first round, Chloe took the championship with a round and half to spare and often winning by margins that many competitors would find disheartening to say the least. Take no prisoners comes to mind. 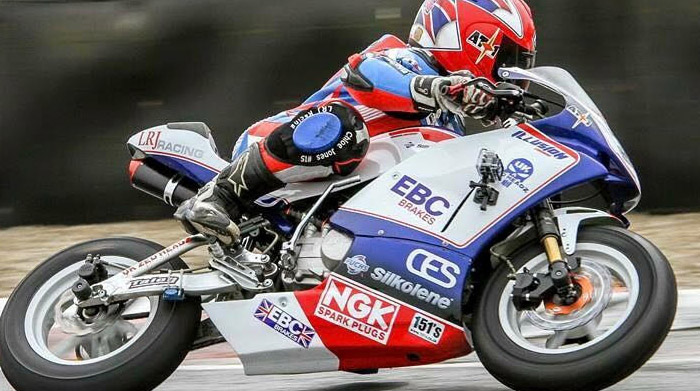 Which brings us to 2018. Needless to say Chloe stepped up a class yet again! And an age bracket, now competing against adult riders aged 14+ and more. Racing against a grid of riders all more experienced than her, but undaunted and encouraged along by her fellow competitors, she’s achieved more strong finishes as she gets to grips with a bigger, more powerful bike in the shape of a Honda crf150.

But this is Chloe Jones. A seemingly inexorable force on and off the track. So it came as no surprise that, part way through the year, she was seeking another challenge in another race series. This time it was the Dickies Racing – British & Junior Supersport Championships at Bennetts British Superbike Championship – at Silverstone riding her new M.R.S Racing Yamaha R3. A bike twice as powerful as her Honda. 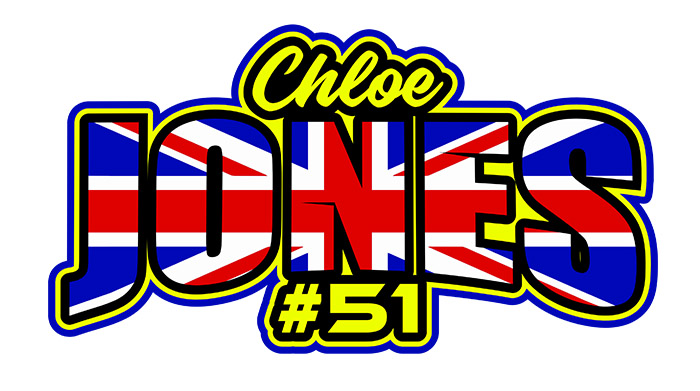 Having been awarded a wildcard entry in to the race weekend she stepped up yet gain into an ever more competitive environment,  yet she kept her head and throttle wide open! The overall results was a highly creditable 16th and 14th in her first race, at a new circuit, on a new bike in a new series! Fast forward then to the final round in which she had been invited to compete at Brands Hatch. Once again Chloe’s progress was inexorable and impressive, scoring a 13th and then an 8th in the second race which was only her fourth race in the championship. 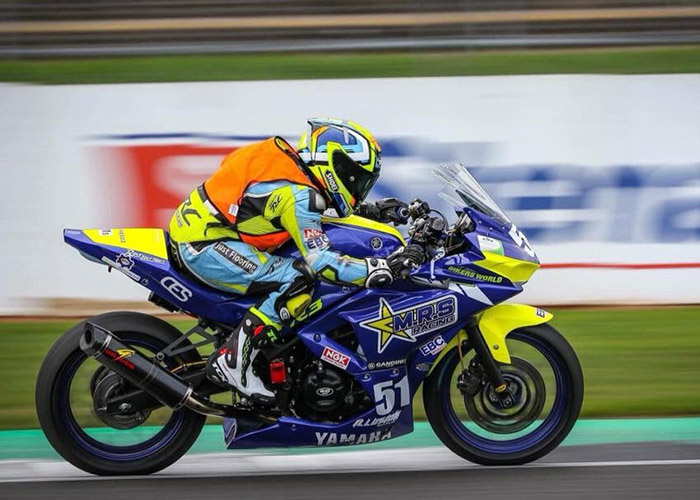 In 2019 Chloe will be contesting the full BSB British & Junior Supersport Championship. With the progress she showed in 2018 it seems only matter of time before podium finishes will be within her grasp. And after that? Well Chloe has a dream that, knowing her determination and ability, one would be foolhardy to bet against. MotoGP is what she aspires to. And why not? Spaniard Ana Carrasco has already blazed a path to being the first women to win a motorcycle World Championship. Maybe Chloe Jones will be the next?