Does it get any better?

The bikes are a wonderfully evocative collection of all that was great about bike racing in the 1970s and 80s. MV Agusta, Kawasaki, Yamaha and Harleys. Ridden by greats such as Giacomo Agostini. Just check out the reaction of the crowds at Goodwood when the man himself takes to the track and you can see what an enthusiastic following ‘Ago’ on his MV from that era still commands.

And growing evidence of that enthusiasm is shown by the burgeoning amount of entries the series has already gathered for next year. To date 39 bikes and riders have signed on the line, 14 of which are for the 250cc class which appears to signal a significant resurgence for this class.  Next year’s series will be competed over four rounds and 14 races (that’s four per round except Oulton which is a one day meeting with two races) at Brands Hatch, Oulton Park, Cadwell Park and Donington. Looking at grids with those kind of numbers there could be a lot of elbows out when it comes to the first corner! 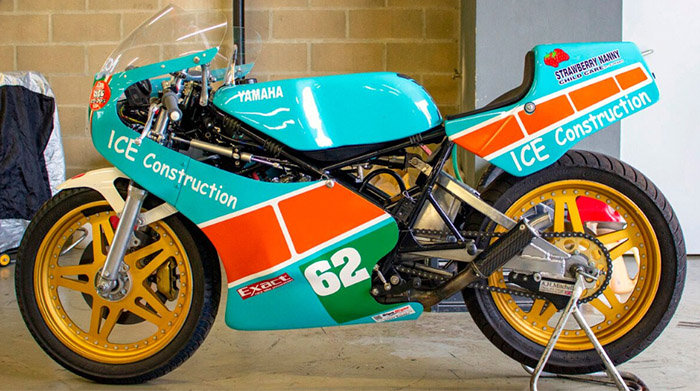 Enthusiasm for the series also comes in no small measure by its affordability and therefore accessibility. With race ready bikes coming in at around £9,500 for a 250cc and somewhere between £10k and £13k for a 350cc, or maybe a bit less if you’re willing to get your hands dirty, it’s no wonder that the series is going from strength to strength. Think about it. For the price of a current superbike, you could be racing on the real deal, around some of the UK’s best circuits. Add to that a sponsorship package that is bigger than ever with prize money and race-budget saving awards throughout the field, then  competing in GP Originals seems to have the makings of a no brainer to us!

Actually that ‘real deal’ we just mentioned is also another strong plus point to the appeal of the GP Originals series and keeping the lid on costs. Bikes have to be original in virtually every respect. Eligibility rules focus on period features and are much stricter on the size of forks and types of brakes allowed. Fancy ‘updates’ are not allowed. Fettle you may but only in the same way and using the same means as the original teams did at the time. It’s what could be called a levelling of the playing field and there are a few race series, both two and four wheel, that could follow the example of GP Originals. 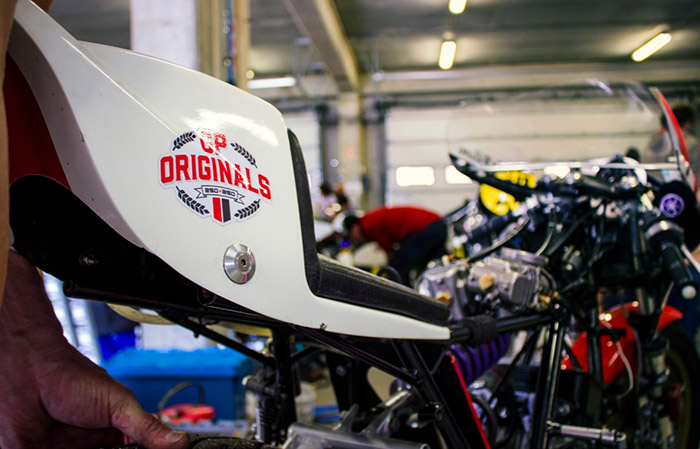 Big grids. Good close racing. Controlled costs. It looks like a winning formula and if you’d seen the group that headed to Portimão on the Algarve for the last meeting of the year in October, it was further evidence of the growing popularity of the GP Originals series.  Having teamed up with members of The Landsdowne who were racing their even older machines at Portimão, the British contingent certainly caught the attention of other competitors and spectators alike. 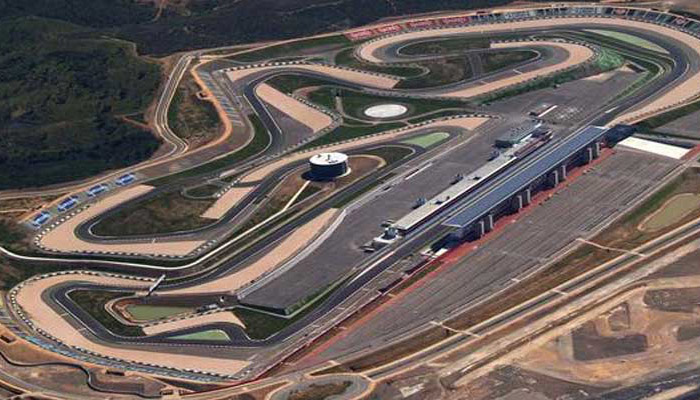 Unfortunately though, what should have been a sunny send off to their first season ended on a more British note. As Friday dawned and qualifying beckoned, the rain clouds dumped their load so the session was decidedly damp. But that’s water off a duck’s back for Brit riders so they soldiered on through the spray and puddles.

Saturday’s first race saw weather more suited to the location. Dry, sunny with the temperature rising rapidly. There were many tales of epic efforts to compete in the season finale. Neil Gregory after a series of mishaps of one sort or another arrived on crutches but still ready to race. 250 pilot Gary Vines, had been enduro riding in France. His journey to the Algarve entailed a journey comprising of bus, train, plane and car. Unsurprisingly not all went to plan so he failed to make the test sessions. However that didn’t seem to prove an impediment because he still managed to qualify 4th. Hudson Kennaugh elected to sit out the wet qualifying and start from the back of the grid. The former British SuperStock 1000 Champion still managed to take the victory come the first race early on Saturday morning. 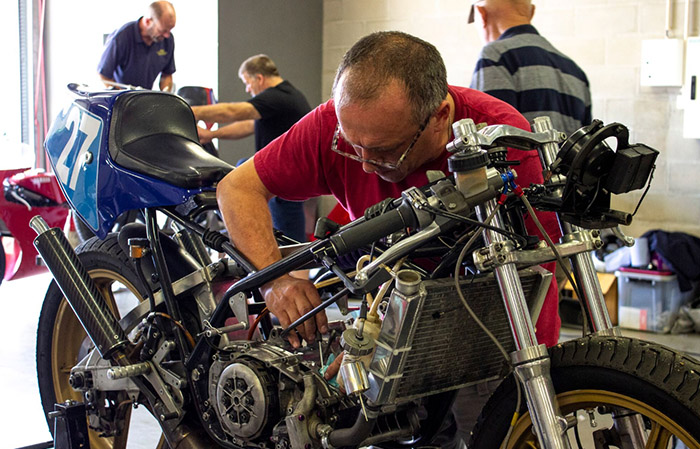 Sunday however was another day. The rain returned to haunt the riders but not enough to deter them. The race itself produced a quite remarkable result in that Gary Vines fairly romped home to a very popular giant killing win on his smaller 250cc machine, giving away over 20 horsepower and humbling the usual 350 contenders, that was no mean achievement. Gutsy stuff indeed! And that is very much the essence of GP Originals. Expect the unexpected. And don’t take it too seriously. No actually that last statement is rubbish. The competitive spirit burns bright in every rider on the grid and that’s why the racing is so good. 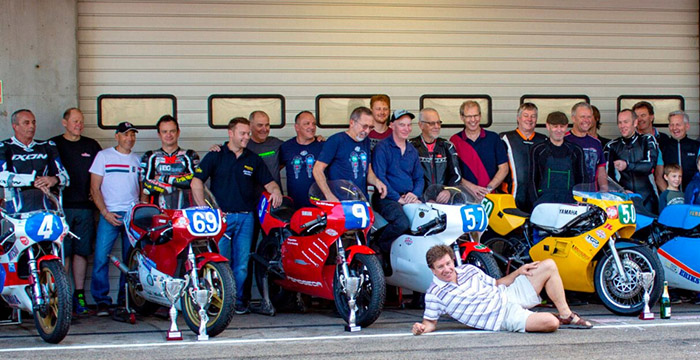 So we said it before but we’ll repeat the invitation on behalf of GP Originals. If you’ve got or know of a 250 or 350 two-stroke grand prix racer from the 70s or 80s languishing in a shed or garage let them know. Because if you don’t want to ride it, the chances are they may well know someone who will. And who wouldn’t?

For more info visit their facebook page at @gporiginalsracing.