The long and winding road

This time last year we were looking forward to Autosport International and the forthcoming visit of a world champion to the NGK stand.

The year had started promisingly for a team who know at first hand what an unforgiving mistress the world of the World Rally Championship can be. None more so than the team principal and owner Malcolm Wilson. Against all odds, but one assumes with a hefty cheque from a team sponsor in his pocket, he had secured the services of one Sébastien Ogier and his co-driver Julien Ingrassia, then four times winners of the WRC. No mean feat for a team who had yet to have world championship winners silverware in their trophy cabinet. Also a team whose official factory backing had ceased some four years previously. 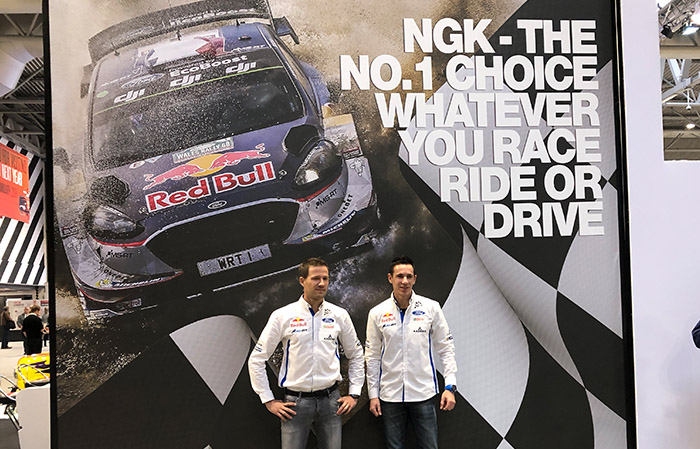 But it is self belief and conviction on which dreams are built and realised. Now few would call Malcolm Wilson a dreamer. Well not to his face. No Malcolm with a long career in rallying knows how tough it can be. But equally he knows when something is right. He surely knew that when his team were building the latest iteration of a WRC Ford Fiesta that he had something special in the making. Something worthy of a world champion.

No one knows what was said in the meeting with Sébastien, but it worked. Maybe it was something as simple as giving Ogier the keys and saying ‘take it for a test drive’. Whatever. The champ signed on the line and then promptly went out in the first round of the championship and put M-sport on the top step of the podium. You couldn’t write this stuff could you?

Well 2017 is history and we all know who won. A stunning victory, that took many by surprise. Perhaps even Malcolm? Perhaps not.

And so to 2018. Could French lightening strike twice? Nah. Well maybe…

Deja vu came flooding back as Ogier repeated his performance of the previous year in the process rewriting the old adage, ‘To finish first, first you have to finish’ (preferably first). Sébastien had made the Monte Carlo Rally his private fiefdom. Again.

Thereafter the road started to become a bit twisty. But that’s rallying folks!

In Sweden he could manage only 10th, but put his campaign back on track with wins in Mexico and France. Could one dare think of what might be? 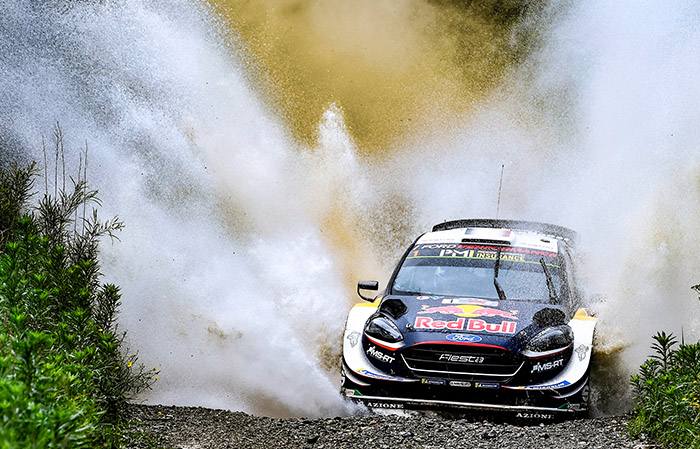 Over the next six rallys M-Sport could only manage a best finish of second place in Italy. Other results ranging from one retirement to a 10th. But as the the team returned to home soil and Rally GB, things changed again. Finally another top step podium finish was news to celebrate. But against a backdrop of uncertainty, news broke before the rally that the Ogier had been tempted away for next year to join Citroen.

With an uncertain future hanging over M-sport many might well have lost focus and drive. But with Malcolm at the helm that was never going to be an option. They and Sebastien kept pushing. A close fought second in Spain raised hopes for the final round in Australia. Could the dream come true again? 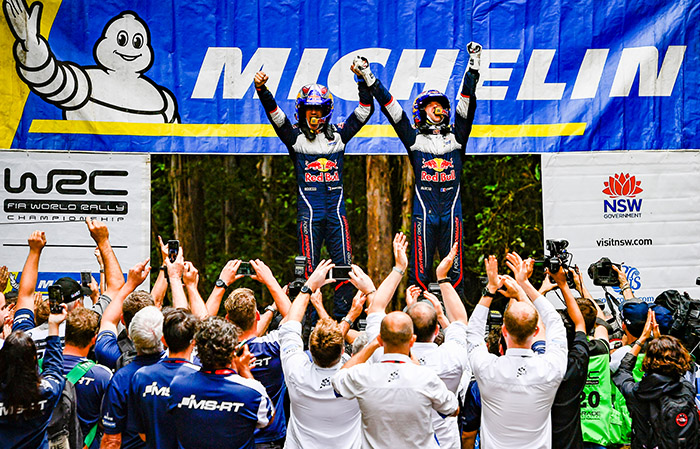 The expression ‘keep it on the island’ must surely have been echoing around Malcolm Wilson’s head as they faced the final round in the Outback. And Seb did just that. A strategic drive into 5th place secured the championship for his sixth time and a second consecutive win for the team. You couldn’t write this…oh no sorry we’ve said that before haven’t we? 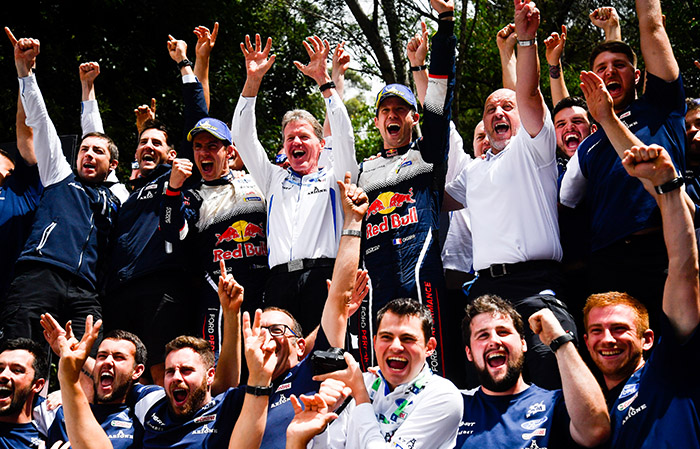 So as Seb and Julien head off into the sun or rather the snow on Monte Carlo at the wheel of a Citroen, M-sport are regrouping around a team of young talent. Elfyn Evans and local boy Cumbrian co-driver Scott Martin will compete alongside what they hope will be a new generation of flying Finns, Teemu Suninen and co-driver Marko Salminen.

To expect another WRC trophy next year might be stretching expectations, but you have to dream don’t you?

If in doubt ask Malcolm.