Three into one will go

Now not a lot people know that but New sports car experimental (NSX) is the meaning behind the name of Honda’s most iconic car.

When it was first applied to the the original iteration of Honda’s foray into the world of supercars, it probably seemed appropriate for a manufacturer that had generally been known until then as purveyors of fairly run of the mill family cars.

Now a lot of miles have been travelled since then and Honda have wound up the wick on more than one occasion to set the pulse racing of petrolheads. Alongside NSX, Type R has become the other short form signposting a car that demands attention and the Civic has been the main recipient of this high performance badge. But in reality, it was the NSX that was the first to have the Type R label applied to its shapely flanks.

For sure the NSX did break new ground in many ways for Honda and for car manufacturing in general. Its all-aluminum, monocoque body was a world first. Another was the powerplant. At a time when a V8 was the lowest entry ticket to the world of supercars, Honda bucked the trend and plumped for a VTEC V6. Interesting to think that almost 30 years on, other supercar manufacturers are now talking V6s too following the lead set by F1. 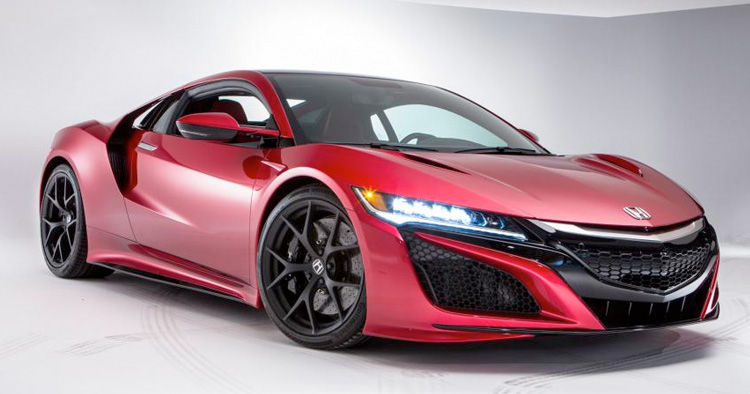 It’s certainly true to say that the world has never been so awash with supercars. Not just the offerings from the normal protagonists such as Ferrari, McLaren, Lamborghini, Bugatti, Porsche, Koenigsegg and Aston Martin to name but a few (and all of whom rely on NGK to spark their wunderkinds). And today even mainstream manufacturers such as Audi and Ford have joined the fray looking for a supercar halo effect on their product ranges, but again Honda were really at the vanguard of this thinking with the introduction of the NSX.

Yes the more you looked at it, new sports car experimental really did describe the NSX to perfection. But what is even more serendipitous is that when you look at the new generation NSX, it lives up to the name even more than its predecessor.

Once again at its heart is again a V6, but this time twin turboed, so perhaps no real revolution there. But what makes the new NSX performance really electric is exactly that. Electric. Or rather a total of three electrics. Motors that is. One a 47BHP direct drive electric motor located between the engine and the transmission. The other two power each of the front wheels with an additional 37BHP per side.

What that means in practical terms is that in addition to the 500BHP V6 (which it has to be said is fairly mundane when considering the outputs of some of its competitors), by virtue of its electrics, it has an additional 120 BHP available virtually instantly anywhere in the rev range.

Now if you still haven’t driven a electric car you probably won’t understand the significance of that 120 electric BHP. The thing is that electric engines don’t need a run up like normal engines. They just go. Virtually like a switch. 120BHP on. 120BHP off. Supported by that additonal 500BHP, in a sense playing catch up. 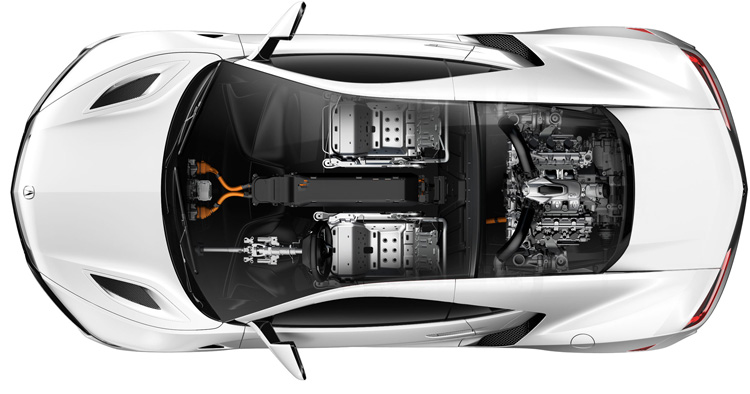 So while the NSX doesn’t have the outright grunt of some of it rivals (and the bragging rights of being a member of the still fairly exclusive 200MPH club), what is can do is give then a damn good run for their money all the way to its top speed of 191mph. And hum to itself while its getting there.

Back in 1990 the NSX set some pants on fire when released. Honda had imagineered the supercar into something no one had yet conceived (even Gordon Murray, who was still in the process of designing the legendary McLaren F1, was so impressed that he decided the NSX was the benchmark to beat).

Here and now, Honda have once again thrown down the gauntlet with a technical tour de force that as yet is unmatched by manufacturers still clinging to a more prosaic approach to high performance. Yes they will catch up, probably sooner rather than later. But Honda will have got there first.

Which must make it all the more galling that their latest foray into Formula One has proved so painful.