In the world of motor racing there are some engine manufacturers whose names have become embedded in its history. But rather than being the famous name on the nose they have been content to be the power behind the throne or rather under the bonnet.

Founded by Keith Duckworth and Mike Costin, the engineers had caught the eye of Colin Chapman, owner of the Lotus F1 team, whose cars needed a replacement powerplant for the Coventry Climax engine they had relied on to date. Chapman managed to broker a deal with the Ford Motor Company to sponsor the design and build of what would become the Cosworth DFV, a powerplant that would dominant the Formula One grid for almost 15 years and then in turbocharged form, prove a dominant force in U.S racing taking 10 consecutive wins at the Indy 500 as well as several other race series.

Today, it is yet another British engine manufacturer who, quietly going about their business, has achieved still greater prominence in the world of motor racing. That company is Gibson. 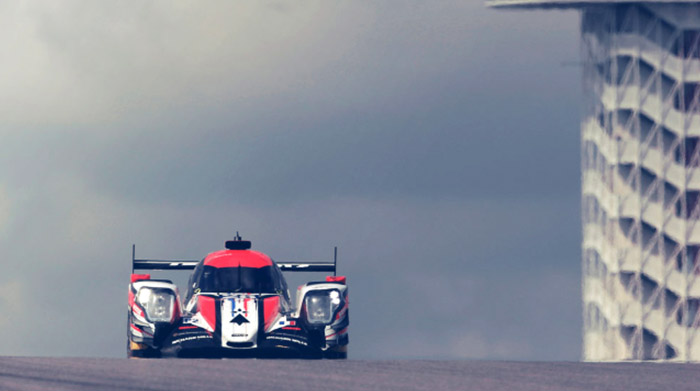 Based in Repton, Derbyshire, Gibson has been steadily building a reputation for designing and building high performance race engines since the 1980s.

Known at that time as Zytek, its origins were in engine management systems and an early beneficiary of their ability was a certain Ayrton Senna who was making his first tentative steps into Formula One behind the wheel of a Toleman Hart. Less than five years later the company’s ambitions had driven them to build engines in their own right and from there their reputation grew dramatically.

Gibson Technology, as the company is now named after its founder Bill Gibson, is acknowledged as a go-to engine supplier for one make championships such as Formula 3000,  A1GP and Formula 3.5 V8. But a particular strength has emerged more recently and that is in the world of endurance racing.

For nigh on two years Gibson’s 4.2 litre V8 engines have been powering all LMP2 teams in FIA WEC, ELMS and Le Mans 24 Hours, as well as various teams in the IMSA Weathertech Championship. The cumulative effect of such domination has resulted in them reaching what, by any measure, must be considered a major milestone for a racing engine. 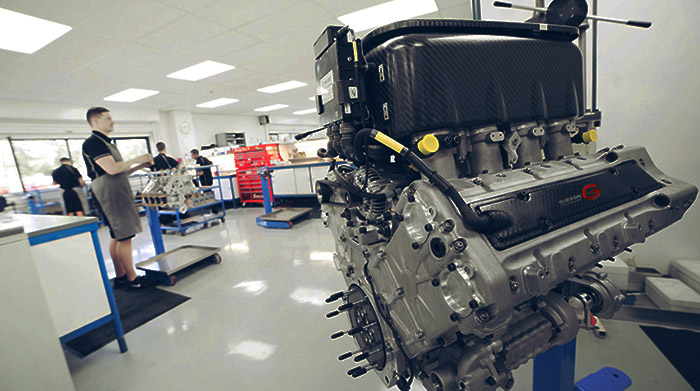 As Gibson powered competitors which rolled into their garages at the end of the Silverstone WEC and ELMS meetings, it transpired that their the LMP2 engine type had accumulated a total of over one million kilometres of track use since first launched in 2016.

“Huge thanks go to all our staff, LMP2 customers, technical partners and suppliers who have helped to create this historic milestone. We look forward to providing all our race teams with the continued service that we pride ourselves upon.”

At NGK we’re proud to have played our part in achieving this milestone as every Gibson LMP2 engine is supplied with NGK Racing Spark Plugs as standard fitment. Testament indeed to their reputation for delivering optimum performance under even the most testing conditions.

But the Gibson success story doesn’t end there, and hopefully neither does NGK’s involvement, because from the beginning of the season 2018 Gibson have been powering two LMP1 teams, DragonSpeed and Rebellion Racing, in the FIA WEC. This step onto the top rung on Endurance racing will no doubt provide the ultimate challenge for the engineers at Gibson. But if their track record is anything to go by, it’s not a matter of if but when they will achieve the ultimate goal of standing on the top step of Le Mans in their LMP1 adventure. We wish them luck.