When the going gets tough

With Rally GB, the final round of the World Rally Championship is almost upon us. Another storming season from Sebastien Ogier sees him claim a fourth title in a row, picking up the baton from the nine time world champion Sebastien Loeb.

While Sebastiens it seems have dominated the sport in recent times and Monsieur Loeb has achieved icon status in the Rallying Hall of Fame, there does seem to have been something missing from the sport. An iconic car.

“Win on Sunday sell on Monday”

In theory Citroen, with 10 WRC consecutive titles to their name, should have achieved icon status with either of their three winners, but somehow neither the DS3, C4 or Xsara have. Same too could be said of Volkswagen and their WRC Polo. With a fourth consecutive title win in their pocket, surely the Polo should be the car every young blood would be aspiring to have parked outside their front door? But no, the old marketing mantra of “Win on Sunday sell on Monday” just doesn’t seem to cut it. Which got us to thinking.

What are the top five rally cars of all time? And why?

Now lists like this will always be the subject of fierce debate. So while we’re going to be foolhardy enough to name our top five, we’re not going to rank them, but simply list them in chronological order. Time therefore to stick your neck back in and give us a minute or two to explain. 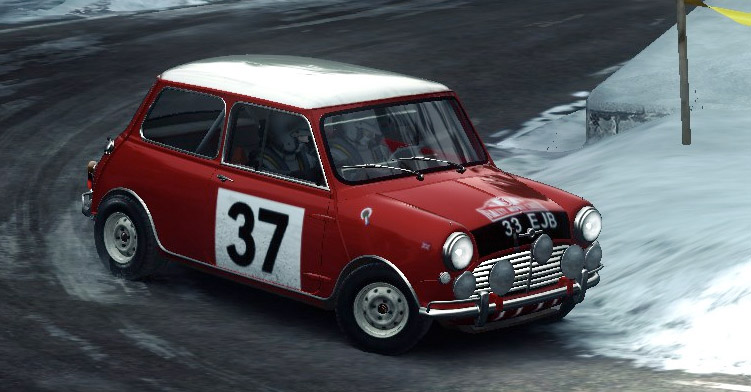 Min Cooper S
You couldn’t have a list like this without the Mini being in there. And alongside the Mini, the name of Paddy Hopkirk. Then to round it off, the Monte Carlo Rally. The white roofed, red bomb, co-driven by Henry Liddon stormed through ice and snow to win the world’s most famous rally in 1964. It repeated the feat again the following year in the hands of Timo Mäkinen and Paul Easter. And yet again in 1967 with Henry Liddon again, but this time driven by Rauno Aaltonen. It would in fact have been four in a row had in 1966 the car not been disqualified for ‘incorrect’ headlights’.

Iconic? Without a doubt. Did it sell on Monday. You bet! 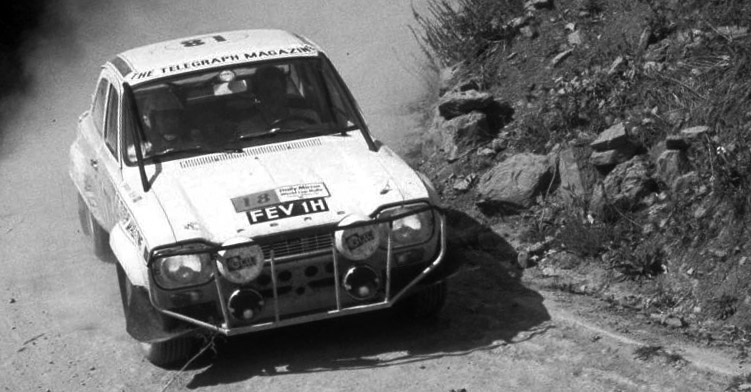 Ford Escort Mk1
It’s not often that you’d expect the football World Cup to make a car famous, but with the Escort it did. In 1970, the Flying Finn, Hannu Mikkola, co-driven by Gunnar Palm, won the London to Mexico World Cup Rally.This spawned the best selling showroom equivalent the Escort Mexico. This was superseded by the RS2000. It’s possible that over its seven year life span, the Mk 1 Escort, with its signature swollen arches may have won more rallies than any other single model since.

Needless to say, hot Escorts zoomed out of the showroom door. 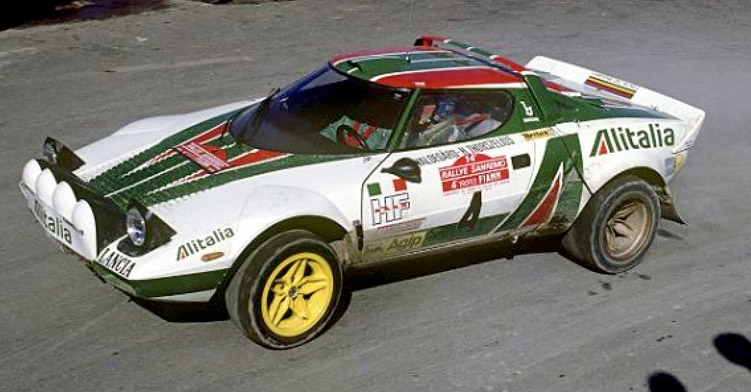 Lancia Stratos
As a manufacturer, Lancia have a long pedigree of producing rally winners. The Fulvia, the Delta were more mainstream and became generally available to the buying public having covered themselves with glory on the rally stages of the world. The Stratos, however, was a different breed. Almost impossibly exotic, the Stratos started life as a concept car. Definitely not the normal breeding ground for a rally winner. Nor was the engine. A 2.4 L V6 first fitted in the Dino sports car from Ferrari. But amazingly the Stratos worked and worked well. It scooped the championship title in 1974, 1975 and 1976 with Sandro Munari and Björn Waldegård. Its Alitalia airline livery became one of the most famous to adorn any rally car. That was the Lancia Stratos. Probably the most beautiful rally car ever.

Did they sell? Well yes to those who could afford them. After all, this was no common mass production model but a hand made thoroughbred available in limited number only. 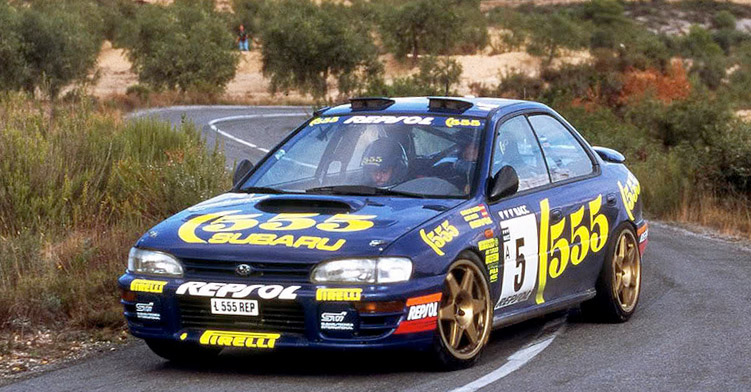 Subaru Impreza
The Scooby is another car with whom one name became synonymous. Colin McRae. But it wasn’t a specific rally that people associated with the metallic blue missile but a game. Colin McRae Rally on Playstation. While a whole new generation of game players of all ages careered around the special stages of the world, their hand held controllers vibrating wildly to their every input, Colin guided his Subaru Impreza 555 to WRC victory in 1995 with Tommy Makinen repeating the feat in ’96. And then in 2001 and 2003, Richard Burns and Petter Sollberg took a further two titles.

It would probably be wasting one’s breath to ask if they sold as a result of their wins. Truth be told the Subaru is possibly one of the most coveted rally based road cars still available today, along with its contemporary. the Mitsubishi Evo. Of course what set these two cars apart was their ability to optimise the performance of their sophisticated four wheel drive systems. A technical innovation originally introduced to rallying by our last car. 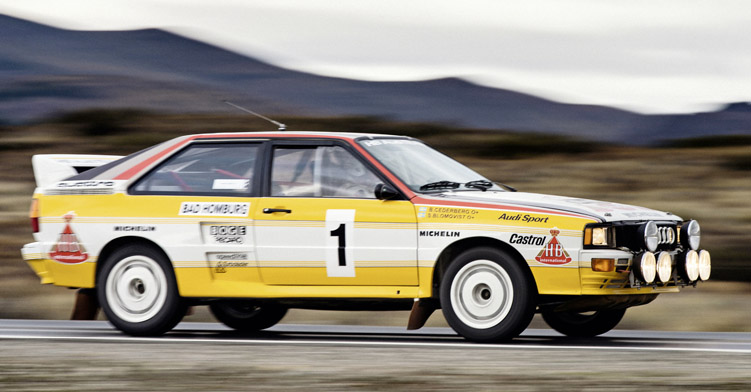 Audi Quattro
Quattro says it all. It defined a new era. It made accessible a technology that was not new (the Jeep had used it rather effectively sometime before) and coupled it to another emerging engine technology, the turbo. The combination spelt trouble in spades for their fellow competitors. The distinctive sound of the inline five cylinder engine rebounded off rocks and forests as the Quattro swept all before it in 1982, taking the constructor’s title in its first year of full competition. Like the Escort, the full fat rally Quattro was made highly recognisable by its distinctive wheel arch extensions and its bluff styling, a feature that remained virtually unchanged for the eleven years of production.

Probably a bit pointless asking did it sell? Of course it did. By the thousand. And the name continues to the day on four wheel drive Audi models.

What have we missed by our self imposed limit of five? Well of course there is the Peugeot 205. And the Fiat 131 Abarth. Then the car in which Carlos Sainz became famous, the Toyota Celica. Again each and everyone an icon in the showroom as well as the rally stage.

Which brings us back to a fortnight’s time when Volkswagen, Citroen, Ford and Hyundai will be battling for honours.

Who will sell on Monday? Well, the news hot off the press as we published this article, is that Volkswagen have announced their withdrawal from WRC from 2017 onwards.

With regret, we rest our case.