Maria Costello adds another wheel to her career

Maria Costello is no stranger to putting her reputation on the line when it comes to two wheels. Last season saw her achieve some of her best results ever, securing the female lap record at the Vauxhall International Northwest 200. Gaining her best ever finish in the Isle of Man Lightweight TT race and a podium alongside her hero and 23 times TT winner, John McGuinness in the Isle of Man Senior Classic TT.

So why would you put yourself in the firing line by taking on yet another challenge at this stage of your career? Well she has. In 2017 she’s teamed up with Kirsty Hauxwell to run the first ever, all female team, in the British Sidecar Championship. As to why, we’ll let her explain: 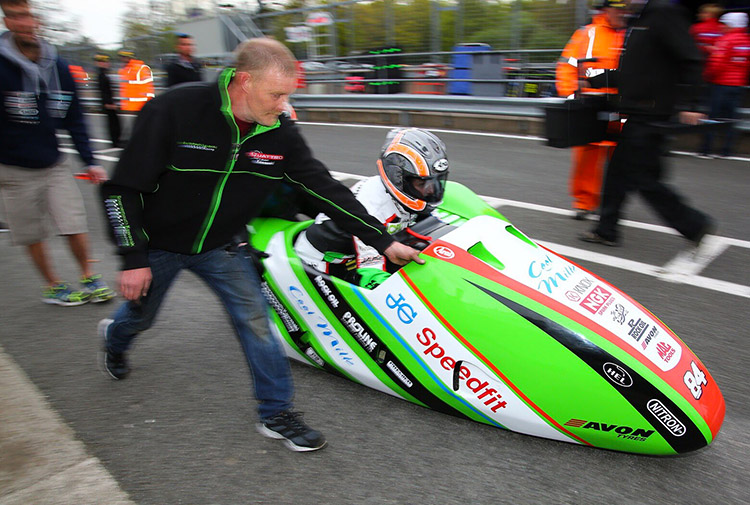 “I have been fascinated by sidecars for some time. They are beautiful pieces of engineering. But most importantly, I love the idea that two people have to work together to get the machine around the track. The rider and the passenger each have a specific job to fulfil but they have to do so in perfect synchronicity to become a good sidecar team and they do this with no means of communication between them. It is a unique experience.” 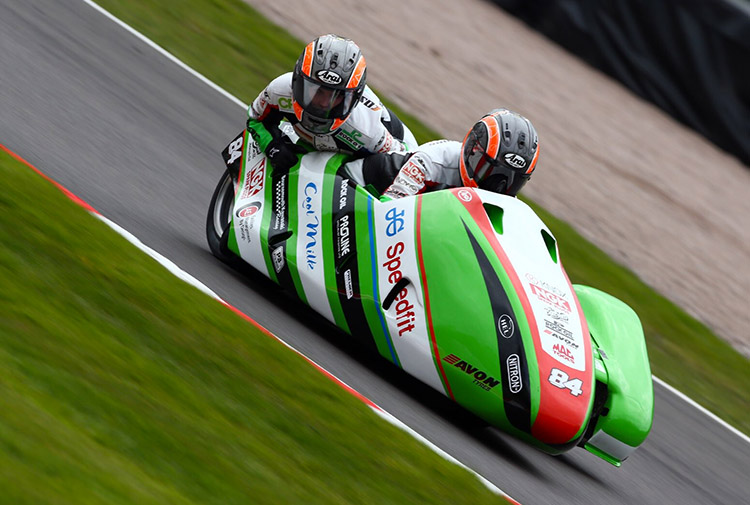 Well unique it certainly is and a highly interdependent relationship too as each rely on the other to put the bike exactly where they need it to be. Good thing Maria’s partner Kirsty is no stranger to sidecars with five years’ experience in the sport

“When Maria approached me I was shell-shocked at first but I quickly realised what an amazing opportunity it was. Being the first all-female team is both exciting and daunting. It is scary to take on this male-led sport as two women but if we do well we will be trailblazers and I’m glad to be a part of it.”

But the pair have no illusions as to what lies in front of them.

“We have a huge challenge ahead of us. As it will be our first time together, we will have to get to know each other at high speed. We both want to go out there and enjoy ourselves on the track. That is the priority.” 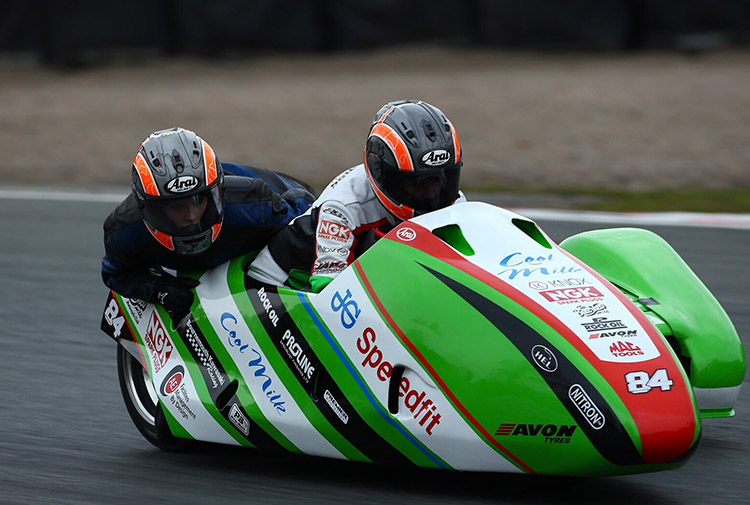 Their first outing at Oulton Park proved to underline that sense of realism. Despite a strong first practice session they failed to qualify for the main race, but the girls have taken lots of positives from their first competitive outing and if Maria’s past record is anything to go by, we’re certain that success will be knocking on the door soon enough.

Meantime Maria is readying herself for her next big challenge of the year with the Isle of Man beckoning. Looks like it’s going to be another busy one for the only female bike rider ever to be awarded an MBE.