Down under up and over

There are a few circuits around the world that gain a reputation for competitors, regardless or not of whether they’ve raced there in person.  Invariably they are circuits defined by the geography that shaped them. Nurburgring. Spa Francorchamps. Laguna Seca are but three on the racer’s bucket list.

For another you’ll have to travel into the southern hemisphere. New South Wales in Australia to be precise and a circuit called Mount Panorama.  The name might not be immediately familiar, but the race that has made it famous will be to any self respecting petrolhead. The Bathurst 1000. 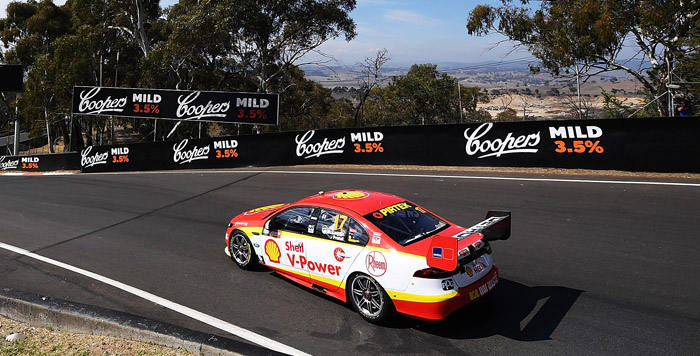 The Bathurst 1000 is a marathon switchback ride that tests car and driver to the limit. For decades it has been the ultimate showdown where two manufacturers, Holden and Ford, would lock horns during the course of an epic automotive battle lasting some seven hours.

Over the course of time the race cars competing have evolved as they do. Since the turn of the century, the preferred configuration has been that of big, badass, V8 powered saloons. Or Supercars as they are known down under. Not exactly as nimble as their BTCC equivalents, these bruisers rely on a lot of muscle to power their way around the dips, crests and fearsomely fast straights like Conrod Straight,where cars reach 300 kph. Which, however you look at it, is quick for a tin top.

As we said before, the following for the race teams is almost religious in its fervour (as is the biblical amount of alcohol consumed over the duration of the race). Such is the passion that it reached out half way round the world and caught the imagination of a UK racer who decided he just had to have one (well actually three as it turned out). Enter Alex Sidwell and Holden Racing UK.

Now it’s all well and good getting passionate about racing. But where it gets tricky is in the practical aspects. For instance buying the car and getting it, quite literally, to the opposite ends of the earth. That sorted you have to find a series to race in. After all Australian Supercars aren’t exactly thick on the ground in race paddocks here in GB. 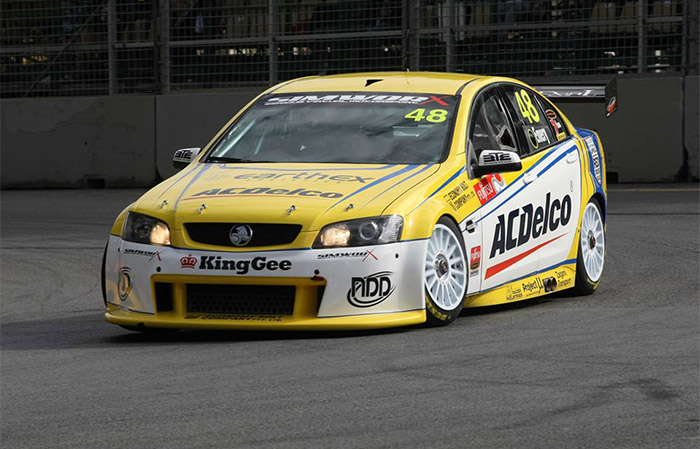 But Alex is not a man to let mere details stand in his way. After having in his words “found a box and an even bigger postage stamp” the apple of his eye arrived here in the UK. In fact a steady stream have since he began racing them back in 2012.

His latest acquisition a Holden Commodore chassis number TMS 0001 arrived here in 2014 after a slightly chequered history, one that included a not quite 3rd place finish which was denied the driver Mark Skaife in the closing stages of the Bathurst 1000. 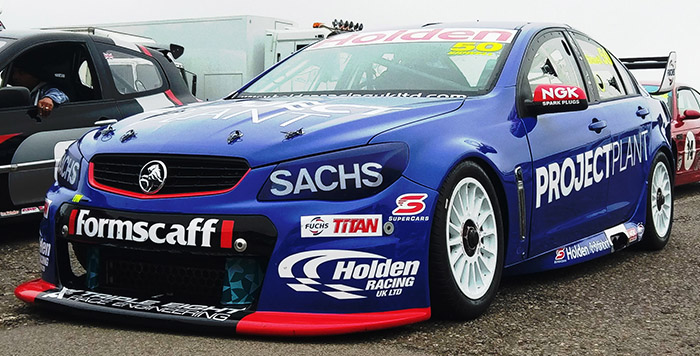 Back here in the UK, Alex’s campaign against the mortal enemy Ford, which here takes the shape of 600+ BHP 4WD Escort WRC Cosworth, has been taking shape and this season has really started to pay dividends. In its first outing at the Speedfest Saloons series at Brand Hatch, American Speed Fest Alex not only took pole but followed it up with a lights to flag win. Strike one for the Holden! 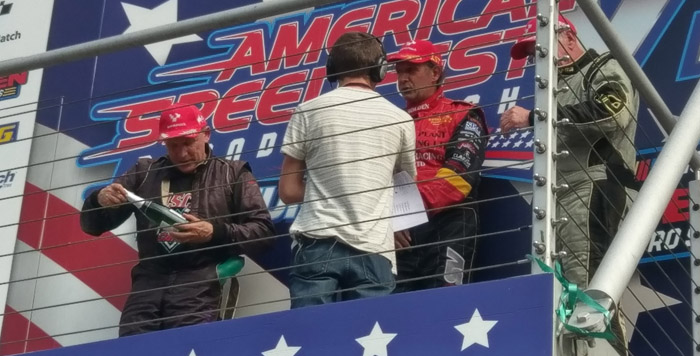 Bearing in mind that it was the first race of the season, it sort of doubled up as an extended shakedown run. That’s why Alex is really looking forward to the next race at Brands in August on the GP circuit which will really let him stretch the legs of that big V8. With the dips and crests of Brands it will feel like a home from home for the Holden. So maybe another top step finish will be hoving into view? 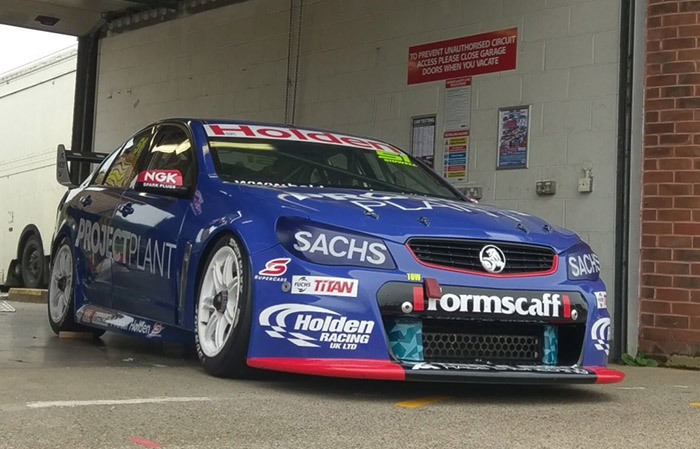 Meanwhile though, Alex is keeping his feet on the ground. Well figuratively speaking. You see the day job involves him, as he puts it, “…clambering about all over the place on scaffolding” for his company Project Plant. But for sure while concentrating on that, he’ll have his eye on collecting more silver for the cabinet and giving Ford another black eye!

And we have to say, judging by the immaculate preparation of his racer from Down Under, if looks mean anything (the car Alex, not you, sorry) then maybe another win is on the cards. Either way, it gives us good reason to be really pleased to say #wegotyourback!